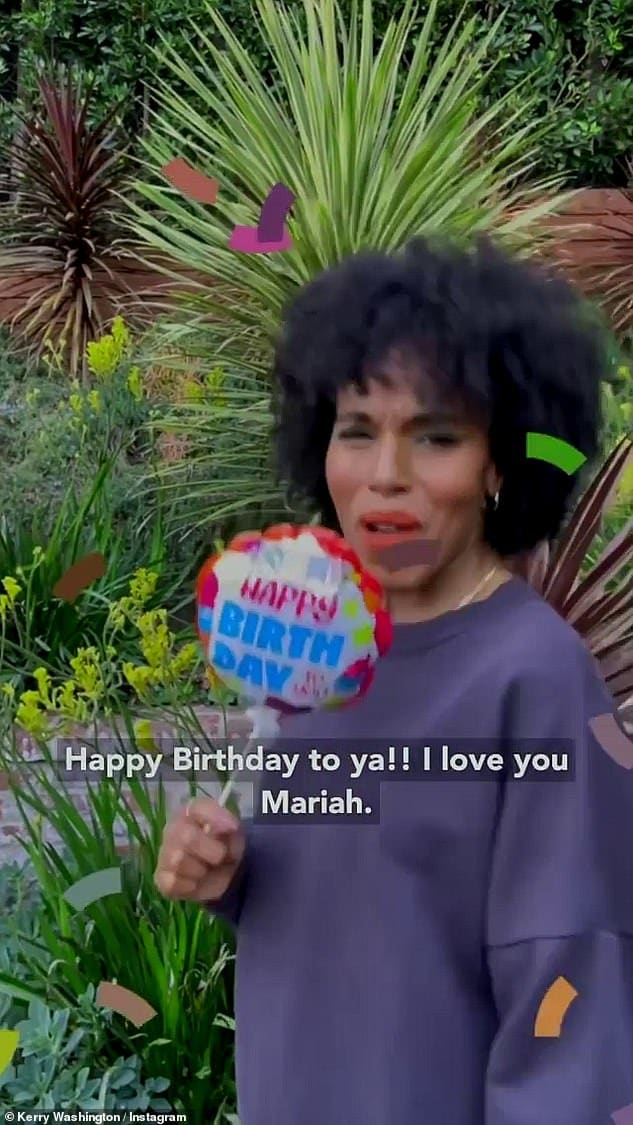 Actress Kerry Washington released a cute video on Instagram yesterday. Unfortunately for Kerry, MTO News has learned that the video is going viral.

And many people are suggesting that the video shows that Kerry got controversial cheek implant surgery – similar to what Vivica Foxx and Jada Pinkett Smith did to their faces.

In the video – Kerry looks slightly different, but to our eyes there’s not a dramatic difference.

But that hasn’t stopped folks on Twitter from going in, and suggesting that Kerry’s face is “botched” and “destroyed.”

Here are some still images of Kerry’s alleged “new” face:

Here’s the video of Kerry in action:

And for her role as Mia Warren in the Hulu miniseries Little Fires Everywhere (2020) she was again nominated for the Primetime Emmy Award for Outstanding Lead Actress in a Miniseries or a Movie.