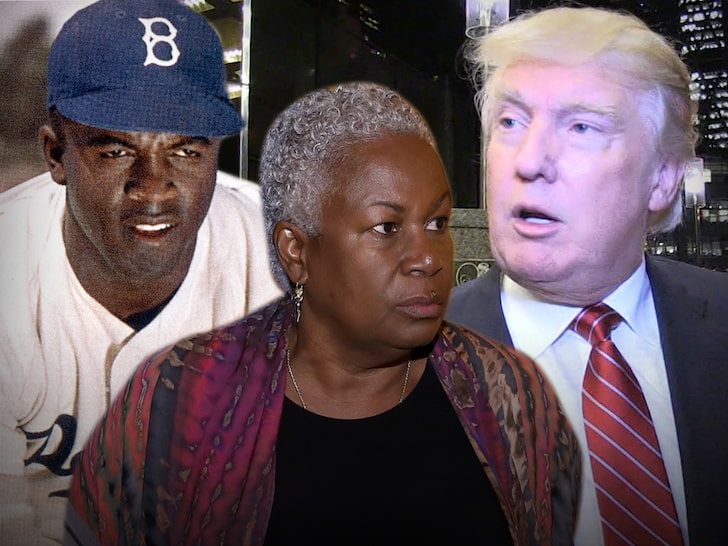 The ad — titled “Say What You Will About America” — urged citizens to vote for Trump … and as of Thursday afternoon, it had over 5 MILLION views.

But, Sharon Robinson says she’s LIVID the president would even consider using her dad’s image in the video … explaining there’s no way in hell the baseball legend would have supported a re-election for Trump.

“The Trump campaign is in opposition to all that Jackie Robinson stood for and believed in. We’re insulted and demand that his image be removed!”

Meanwhile, MLK’s daughter, Bernice King, also found Trump’s use of her father’s image in the ad “beyond insulting” … and she demanded the president remove the photo as well.

I find President Trump’s use of my father’s image in his political ad beyond insulting and not reflective of #MLK’s commitment to creating the #BelovedCommunity. My father should not be used in ways strongly misaligned with his vision and values, @realDonaldTrump. (1/3) pic.twitter.com/7AwySnFFOw