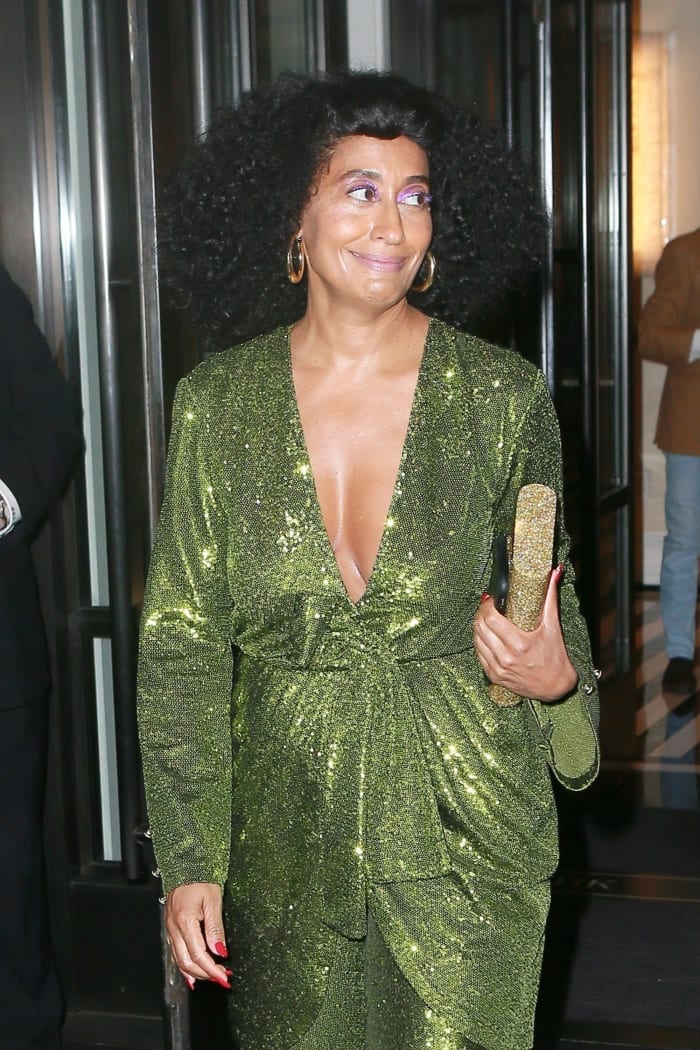 Actress Tracee Ellis Ross referred to herself as the “face  of Black beauty” in a recent interview. And that statement is not going over well with Black Twitter.

You see many are upset that a biracial woman (Tracee’s father is White)  gets the moniker of the “face of Black beauty.”

Others are upset because they feel that Tracee is not beautiful enough.

Either way, here are some of their responses:

Tracee Ellis Ross is an actress, singer and television host. She is known for her lead roles in the television series Girlfriends (2000–2008) and Black-ish (2014–present).[1] Ross owns Pattern Beauty, a hair-care line for curly hair.

Since 2014, Ross has played the starring role of Dr. Rainbow Johnson in the ABC comedy series Black-ish. Her work on the series has earned her three NAACP Image Awards and a Golden Globe Award for Best Actress – Television Series Musical or Comedy. She has also received nominations for two Critics’ Choice Television Awards and four Primetime Emmy Awards for Outstanding Lead Actress in a Comedy Series. In 2019, she co-created a prequel spin-off of Black-ish titled Mixed-ish. In 2020, Ross starred and recorded the soundtrack album for the musical film, The High Note.