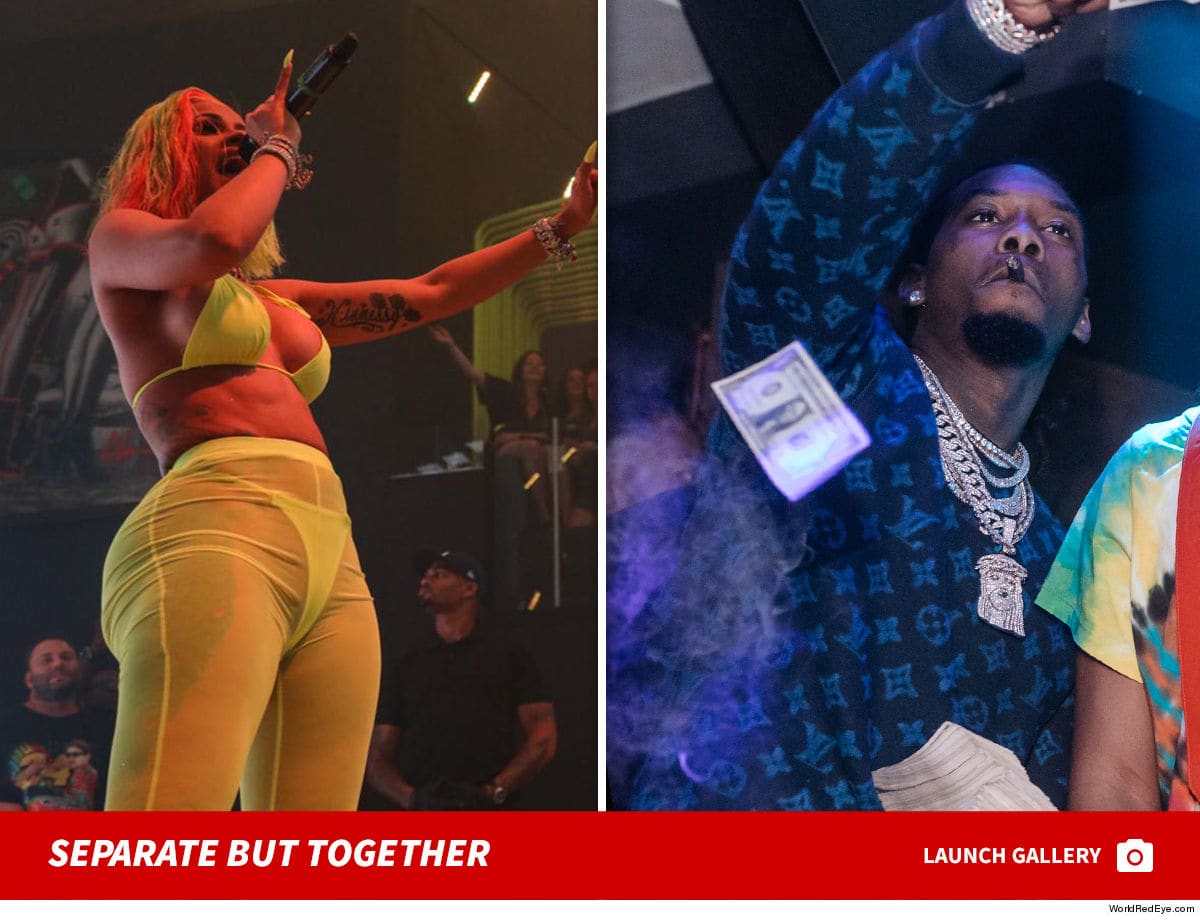 Cardi B and Offset don’t seem too concerned about alleged attempts on his life out in Georgia — there’s too much $$$ to be made in the state next door … and they’re gettin’ it.

The married couple spread out and took the city of Miami by storm in the wee hours of Saturday morning following their performances at the nearby Rolling Loud Festival, where Offset and the rest of Migos headlined … and Cardi handled her own set solo.

Cardi hit up David Grutman’s LIV nightclub to perform at an after-party she’d been booked for, showing up around 3:30 AM, we’re told, and going on to rap a number of her hit songs, including “Taki Taki,” “Money,” Bodak Yellow” and “I Like It.”

Check out her outfit of choice too — looks like she’s on a sheer neon trip lately. No complaints here!!!

Meanwhile … Offset, Quavo and Takeoff were on the mainland at E11EVEN Miami, where they too were hired to perform … only doing it from the cozy confines of their VIP section. Sources tell us Offset and co. did a few different songs from their actual table in the club’s “party pit,” and ended up walking out of the joint around 5:30 AM ET.

The all-nighters follow a very scary situation just a couple of days prior — a car was seen opening fire on an Atlanta studio where Offset was recording Wednesday.

In surveillance footage, obtained by TMZ, you can see someone hanging out the passenger side of the car as shots ring out. Offset wasn’t harmed, and cops are currently investigating. One witness on the scene felt as though the rapper might’ve been a target.

Dude doesn’t seem to be shaken up about it though from what we’re seeing here. Tough son of a gun.