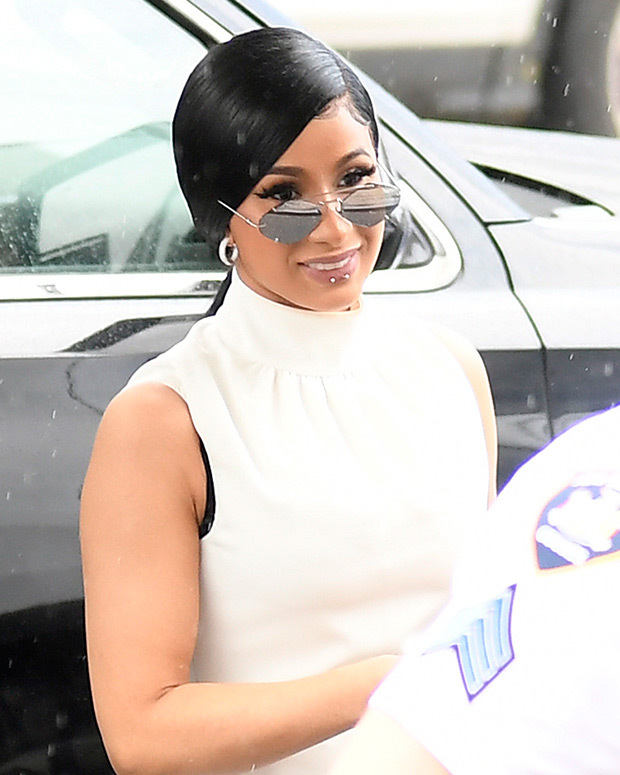 Cardi B was previously charged with two counts of reckless endangerment in the second degree & one count of assault in the third degree.

Wearing a gorgeous white dress, Cardi B, 26, debuted her a new piercing while arriving in court in Queens, just before rejecting a plea deal in her strip club assault case. The plea deal would have had the rapper pleading guilty to one of the misdemeanors she was charged with — she was previously charged with two counts of reckless endangerment in the second degree and one count of assault in the third degree — and receiving a conditional discharge, according to E! News and The Blast.

The plea deal would have ended with Cardi avoiding jail time and the case dismissed. A new trial date has been set for May 31. In Aug. 2018, two sisters, Jade and Baddie Gi, claimed that they were allegedly attacked by someone from Cardi’s entourage over an alleged sexual encounter with Offset, and that Cardi allegedly orchestrated the assault. In Oct. 2018, Cardi turned herself in to police.

We reported earlier how Offset was completely there for Cardi following her arrest. “Ever since her arrest, he’s been going above and beyond to be there for her and stand by her,” a source close to the two rappers told HollywoodLife EXCLUSIVELY. “Even though her lawyers have promised her they’ll save her from doing any jail time, it’s still really scary for her and Offset has been doing all he can to keep her mind off of her fears and support her.”

“He’s been doing the most to make her forget all her problems,” our source added. “In spite of her legal troubles, Cardi is feeling very good again.”