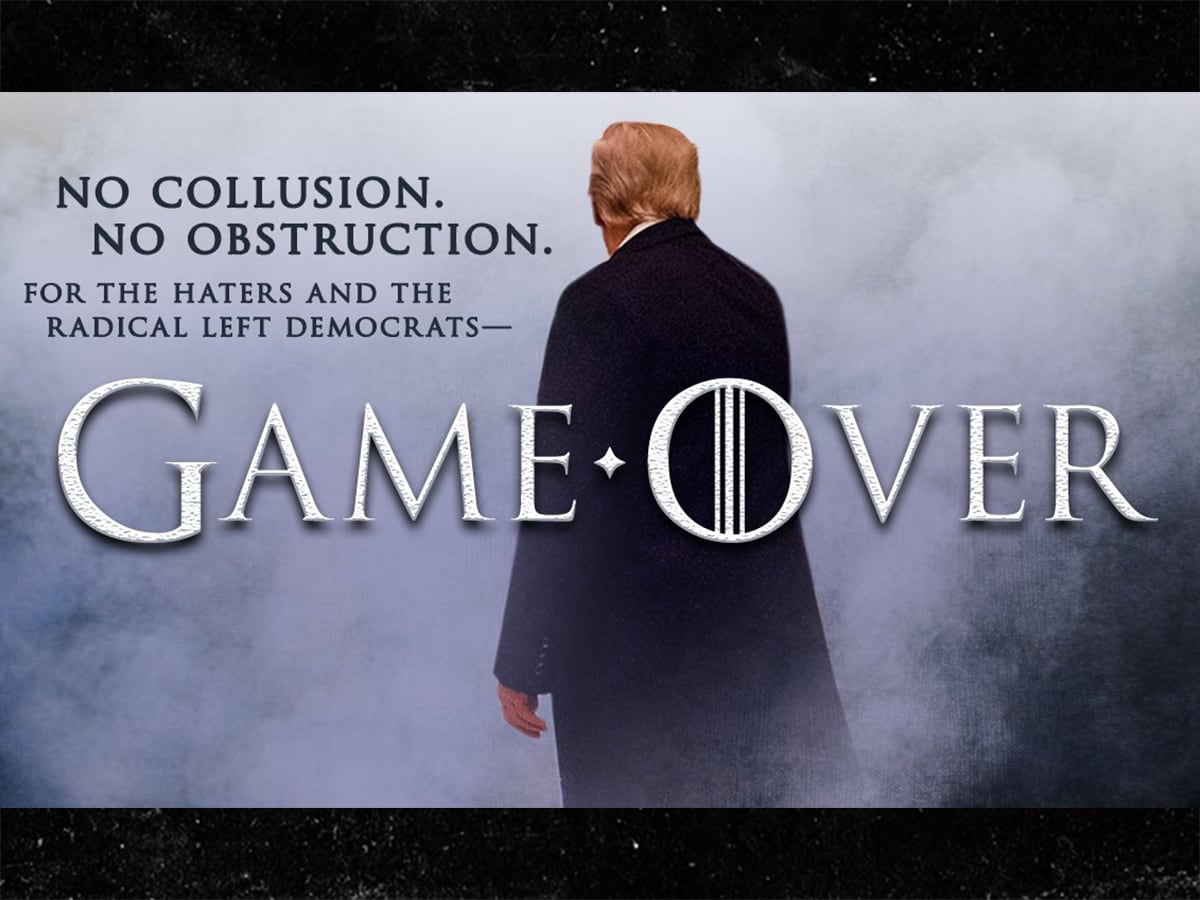 Jon Snow’s got nothing on President Trump … just ask 45, who’s using “Game of Thrones” again to celebrate the release of the Mueller Report and what he considers total vindication.

POTUS was on his Twitter game moments after Attorney General William Barr held a news conference to say Mueller found nothing on Trump. The Prez posted a ‘GoT’ styled meme, stating, “Game Over.” He included a pointed jab, “For the haters and the radical left Democrats.”

Trump was ripped by HBO when he did this same thing back in November to bark about imposing sanctions on Iran. The cable network was pissed he ripped their font for his “Sanctions are Coming” meme. 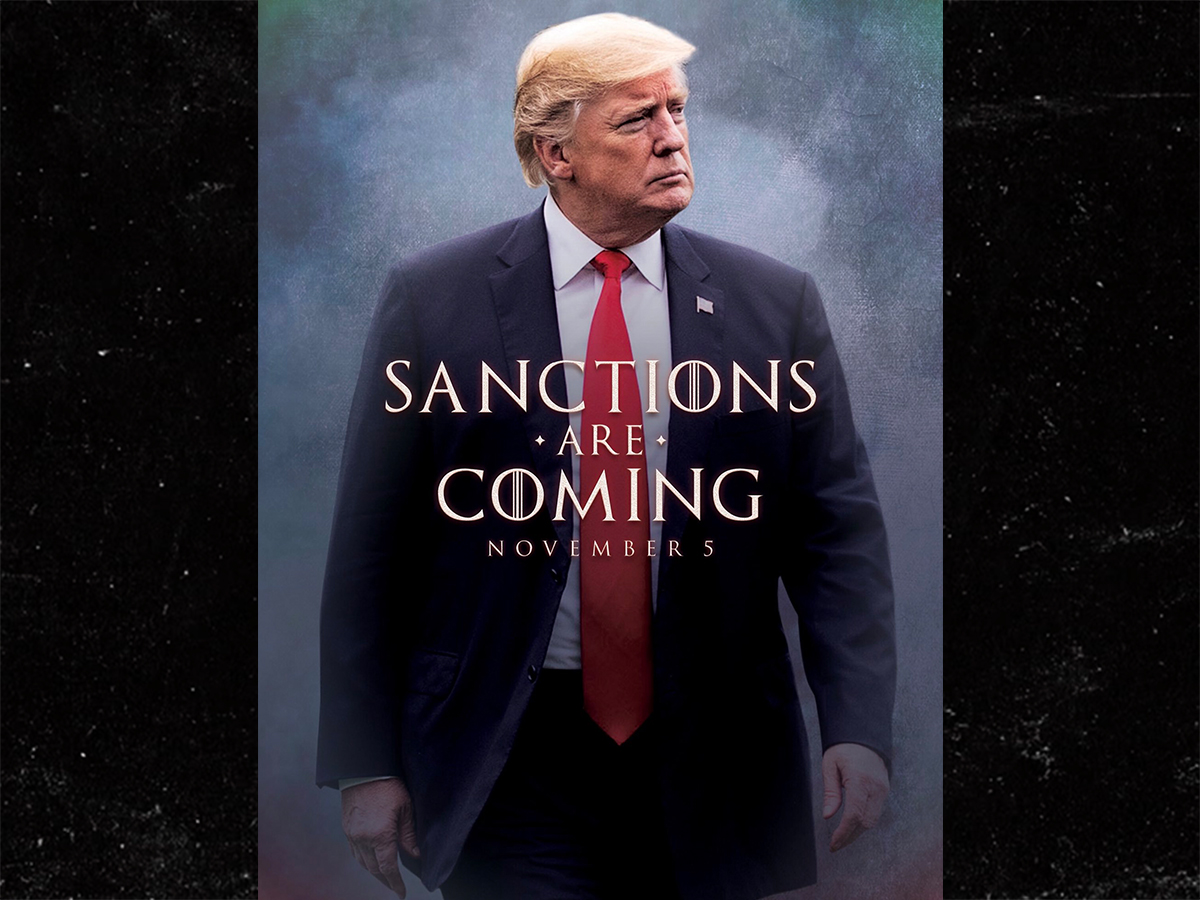 It’s a good bet, Trump really doesn’t give a crap what HBO thinks this morning (or any morning, for that matter) … he’s in victory lap mode.

Fun Fact: “Game over” is also the calling card of Jigsaw from the “Saw” horror movies … not that we’re making any comparisons.