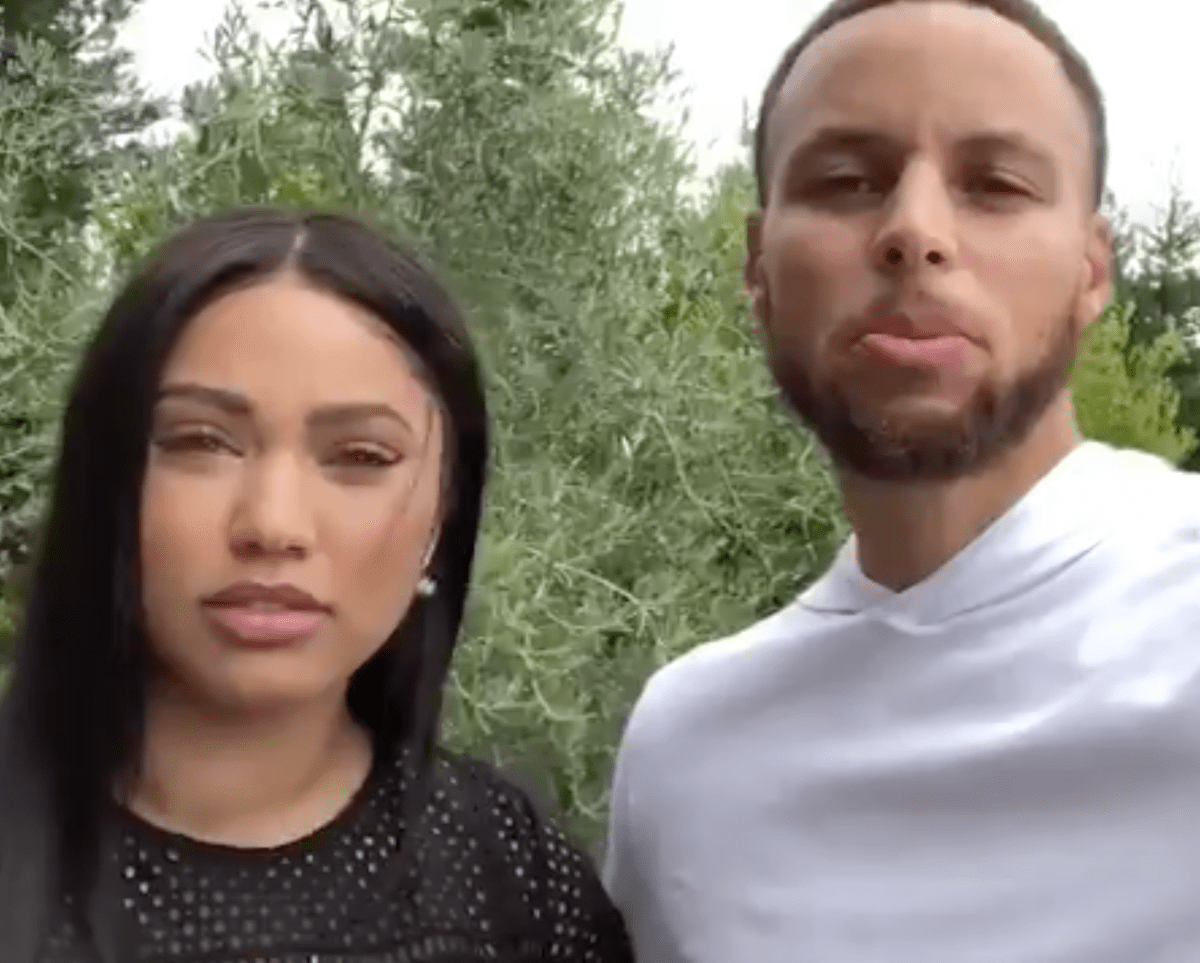 Steph Curry’s wife is always trying to make sure that they have spice I their relationship. According to Ayesha, one o the ways that she keeps her man happy is she “twerks” while cooking him dinner.

According to social media reports, that MTO News discover, Ayesha reportedly made that statement in a recent interview,

And she doubled down on the alleged statement yesterday, by posting a pic of the pretty cooking mom doing her Meg The Stallion impression while cooking Christmas dinner.

As good as Ayesha looks twerking, make sure you take a look at the dinner that she’s cooking – that crab risotto looks FIRE!!

Ayesha – in addition to being Steph’s wife – is a Canadian-American actress, cookbook author, and cooking television personality.

After guest roles in several television shows and movies, she began hosting her own show, Ayesha’s Homemade (a.k.a. Ayesha’s Home Kitchen), on Food Network.

Ayesha Curry SHOWS HER FACE WITHOUT MAKEUP – YOU LIKE??

Despite not having any professional chef training, her culinary career started in 2014, when she prepared her first meal as a YouTube demonstration on her channel Little Lights of Mine.

Curry is the author of several videos on her channel Little Lights of Mine and has written one cookbook, The Seasoned Life, published in 2016