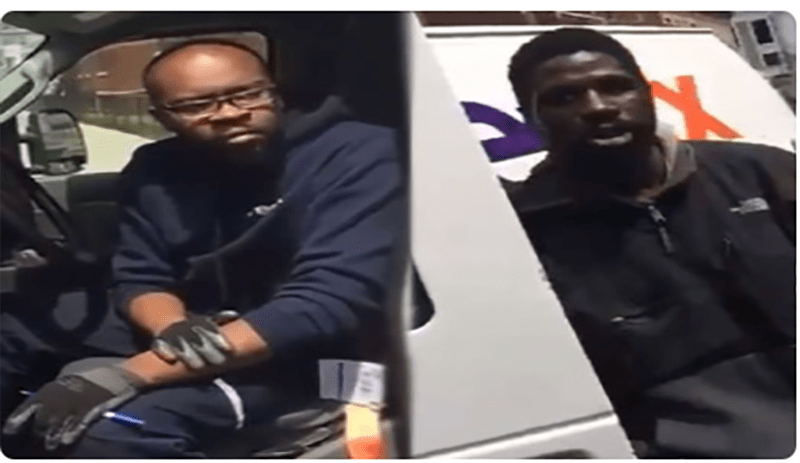 Police in Brooklyn are looking for a man that they say held a Fedex delivery driver hostage, because he didn’t receive his Christmas package on time.

MTO News learned that the incident was captured on video, and has been watched more than 1,000,000 times all over the world.

According to online reports, a man stopped a Fedex truck making deliveries on his block, and asked whether the driver was carrying any of his packages.

The Fedex driver checked his inventory and told the man that, unfortunately, he was not carrying anything for him.

RAY J CAUGHT CHEATING ON HIS WIFE . . . WITH A BLONDE

As you can see in the video – the man became enraged, and refused to allow the Fedex driver off the block. He can be heard repeatedly saying, “Son, where my package at?”

So far police have not been able to locate the man. Authorities have not revealed whether they plan on charging the man with any crimes.