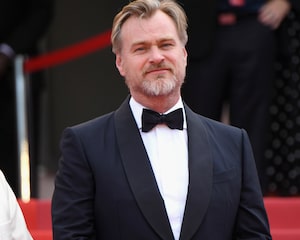 On the same day that Disney dropped a mammoth slate of new programming coming to its streaming service, “Dune” director Denis Villeneuve leveled an accusation at AT&T, saying the corporate behemoth has “hijacked one of the most respectable and important studios in film history.”

Penning an op-ed for Variety, the director says that he first learned that his film was going to be made available day-and-date on HBO Max with its theatrical release when the story broke in the news.

“There is absolutely no love for cinema, nor for the audience here,” he said. “It is all about the survival of a telecom mammoth, one that is currently bearing an astronomical debt of more than $150 billion.”

“Therefore, even though “Dune” is about cinema and audiences, AT&T is about its own survival on Wall Street,” he continued. “With HBO Max’s launch a failure thus far, AT&T decided to sacrifice Warner Bros.’ entire 2021 slate in a desperate attempt to grab the audience’s attention.”

According to AT&T CEO John Stankey, speaking at a UBS investor conference on December 8, the streamer jumped from 8.6 million to 12.6 million activated subscribers, with a total of approximately 40 million overall HBO subscribers.

It’s confusing rollout and branding (HBO Max, Go & Now, anybody?) means that only about 30 percent of HBO subscribers have activated their free upgrade to HBO Max, per Deadline, so there’s clearly still a disconnect, or a marketing need to clarify how it all connents and works. 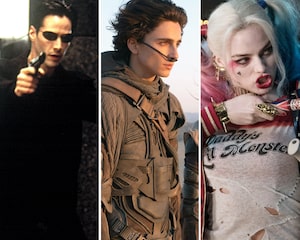 Despite what Villeneuve says, Stankey said the company is “pleased” with its growth and is still feeling confident with its goal of 50 million subscribers in the U.S. by 2025. But he also acknowledged that HBO Max’ growth was a part of the decision to go day-and-date for 2021.

While many films have shifted to streaming release amid the ongoing Covid pandemic, Villeneuve doesn’t believe that this is the solution. “Streaming alone can’t sustain the film industry as we knew it before COVID,” he said.

“Streaming can produce great content, but not movies of ‘Dune’s’ scope and scale. Warner Bros.’ decision means “Dune” won’t have the chance to perform financially in order to be viable and piracy will ultimately triumph,” he added.

“Warner Bros. might just have killed the “Dune” franchise.”

Instead, Villeneuve believes that “Dune” should rather be delayed until traditional moviegoing in theaters is again a possibility. 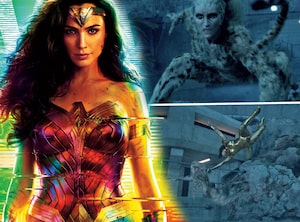 Inside Wonder Woman 1984’s Epic Cheetah Battle: ‘The Hardest Movie I Ever Got to Shoot, By Far’

“Economic impact to stakeholders is only one aspect of corporate social responsibility,” he concluded. “Finding ways to enhance culture is another. The moviegoing experience is like no other. In those darkened theaters films capture our history, educate us, fuel our imagination and lift and inspire our collective spirit. It is our legacy.”

Villeneuve is not alone in his frustration, with Legendary Entertainment, the studio behind his film and “Godzilla vs. Kong” publicly stating their intent to push back against Warner Bros.’ plan, while “Tenet” director — who pushed for a theatrical release only to see his film underperform, which could have helped spur this decision — railed just as passionately against it.

Nolan also took particular issue with the fact that Warner Bros. made this decision without first consulting the artists, creators or studios, as confirmed by Villeneuve saying he learned about the plan in the media.