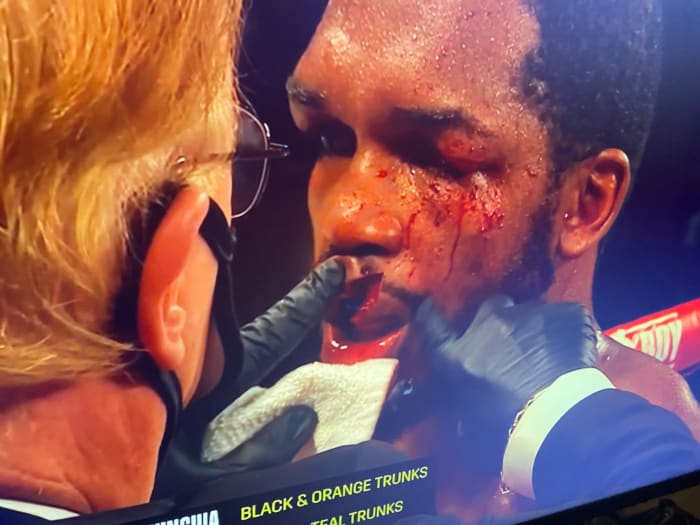 Last night boxer Jaime Munguia won his fight in a very brutal fashion. And pictures and images of the end of the fight are going viral all over social media, MTO News has learned.

It was Jaime’s second fight at middleweight against an aggressive fighter Tureano Johnson.

The fight initially looked like it was going to be competitive. Johnson, a 26 year old Bahamian-born, rushed Jaime in the first round. He hit the young fighter with  left hands and right hooks and Jaime was struggling to handle the onslaught.

But in the fifth round it happened – Jaime literally knocked the top lip off Johnson’s face. He hit him with a sharp uppercut that ripped Johnson’s lip open.

On replay, you could clearly see the chunk of lip fly off his face and blood spurt out.

It was a very brutal hit.

Here’s a screenshot showing just how bad the damage was: