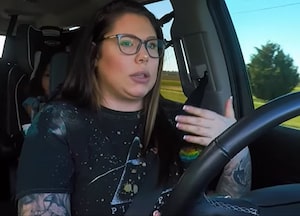 “I had tears running down my face because I was so humiliated.”

Kailyn Lowry said she was beyond “embarrassed” after one of her ex-boyfriends asked her to take a paternity test following the birth of their son.

The “Teen Mom 2” star opened up about the experience on a recent episode of her “Baby Mamas No Drama” podcast with Jo Rivera’s wife Vee. Lowry and Jo share son Isaac, she also shares son Lincoln with ex-husband Javi Marroquin and two sons, Lux and Creed, with Chris Lopez.

While she didn’t reveal which ex she was talking about, she confirmed it wasn’t Jo.

Admitting she didn’t know what to expect when she got it done, she was shocked by the nurse’s line of questioning when she went in for the test.

“I go into the DNA place and she said, ‘Okay, so, you don’t know who the dad is?? She flat-out asked me,” said Lowry. “When I tell you the humiliation that I felt, because I knew who the dad was, I didn’t questioned that.”

“That was never a question in my mind,” she added. “Yes, I’m fully aware there are women who would lie. I know women who have lied. That wasn’t me. I’m not that type of person.”

She went on to ask, because of her status “in the public eye” as a reality TV star, “Why the f–k would I put myself in the position where I don’t know who the damn dad is?”

“Come on. I was embarrassed, I was like, ‘This is not okay,'” she added. “I had tears running down my face because I was so humiliated.”

Agreeing with one of her her followers who said DNA tests should become standard practice to lower the stigma around getting one, Lowry added, “Don’t humiliate me for no reason, I know who the dad is!” 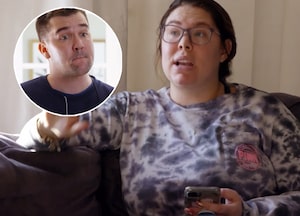 Ahead of the Season 10 premiere of “Teen Mom 2,” Lowry opened up about her relationships with two of her exes with TooFab. “I haven’t talked to Chris in awhile, so he hasn’t seen Creed in a while,” Lowry said at the time. “But, you know, there’s always room to improve that so hopefully it improves.”

“I definitely think Jo and I hit a breakthrough this season. which I’m pretty proud of,” she explained. “I think that there’s always been an underlying resentment, even during the good times with Jo.”

Viewers, meanwhile, have seen her struggle with Javi — and, on last week’s episode, even put him on blast for allegedly trying to hook up with her, despite being married. After the episode aired, Lowry took to Twitter to post a public apology to Javi’s wife, Lauren.

“I want to publicly apologize to Lauren in regards to tonight’s episode,” she tweeted. “She didn’t deserve the humiliation she was put through due to a situation between Javi & me. I’ve been in her shoes and I’ve felt that pain, however have never experienced that being exploited on tv.”

She added that she had already apologized in private, but felt the need to do it public, too. 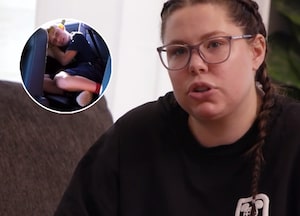