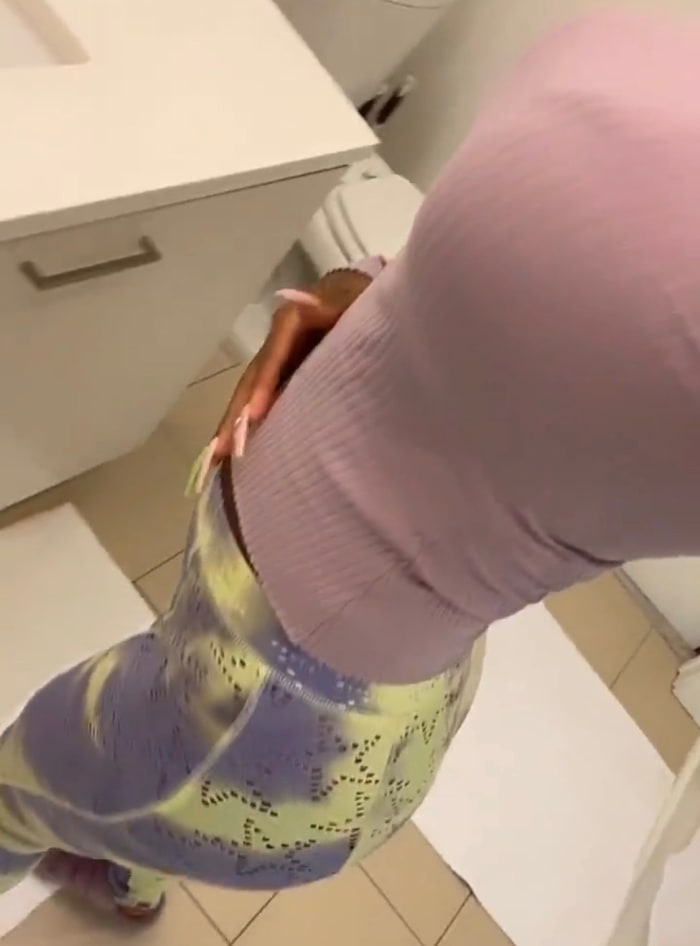 R&B singer Summer Walker is pregnant, according to one o the beautiful singer’s friends who spoke exclusively to MTO News.

Summer rose to fame last year, and is now considered one o the top R&B artists in the world. It’s surprising that Summer, who is just 24, would get pregnant at this point n her career.

But that’s exactly what she did, according to one of her Los Angeles gal pals.

Summer’s friend told MTO News, “Summer is pregnant I think.She’s changed her diet, and taking folic acid [supplements]. She also stopped smoking [weed] and drinking [alcohol]. And when I was with her last, she was always rubbing her stomach.”

Sounds like a pregnant chick to us. And MTO News has more evidence to suggest that she’s preggers.

Here’s a few pics that Summer posted in the last could of days. She’s rubbing her belly, and it appears to be protruding from her tiny frame: