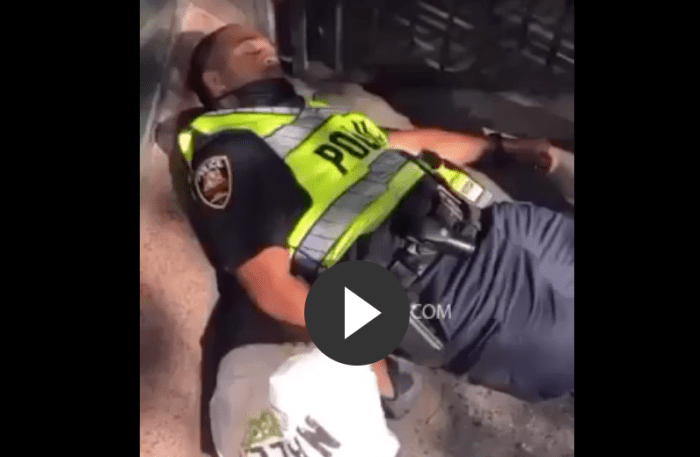 And there’s video showing the officer asleep, and then dazed, and confused as he came out of his slumber.

HERE IS THE VIDEO – SHOWS GRAPHIC VIDEO VIOLENCE AGAINST POLICE

It’s not clear what happened. But some alleged witnesses came forward on social media to claim that the officer confronted a man and started “talking sh*t.”

Witnesses claim that after the two argued back-and-forth,, the man punched the cop – and with one single punch, put the cop to sleep.

MDOT Maryland Transit Administration Police released this image of a person of interest in connection with the assault of an officer at the Upton Metro Subway station on Oct. 9, 2020.

According to MTA spokeswoman Veronica Battisti ,t an officer was assaulted at the Upton Metro Station and transported to a local hospital with non-life-threatening injuries.

Here is the man that police believe put that cop to sleep: