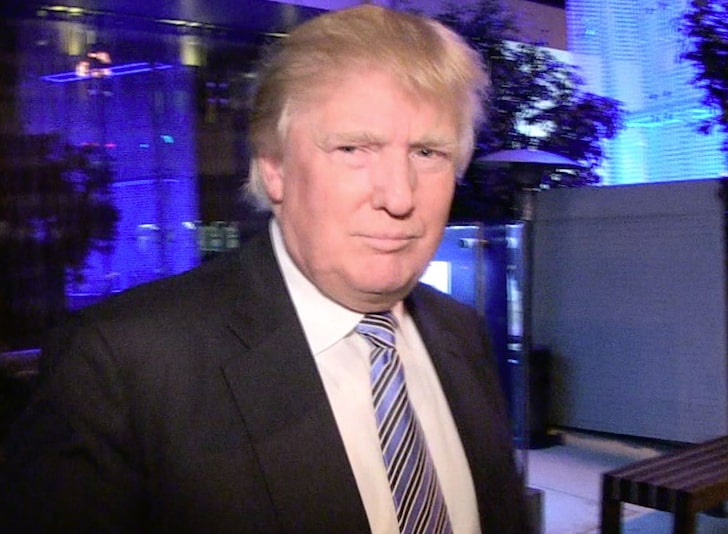 President Trump says he’s getting ready to leave the hospital, and is even telling Americans there’s no reason to be afraid of COVID-19 … despite the fact he wasn’t treated like a typical patient.

POTUS says he’ll be out of Walter Reed Medical Center at 6:30 PM ET. While at the hospital, he’s been getting round-the-clock treatment while a team of a dozen doctors help him combat COVID-19.

The odd part of the President’s tweet was his suggestion there’s nothing to fear from the coronavirus … which has killed more than 200,000 Americans. 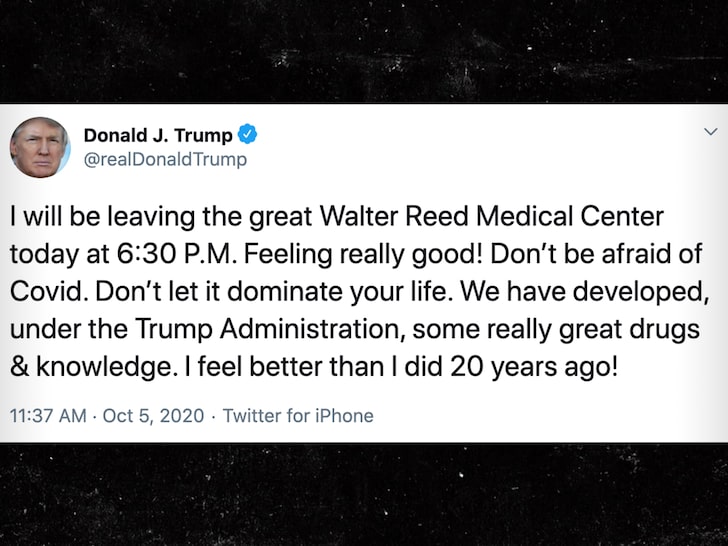 Trump said, “Feeling really good! Don’t be afraid of Covid. Don’t let it dominate your life.” He says his administration has developed great “drugs and knowledge” about combatting the virus, adding … ” I feel better than I did 20 years ago!”

If the President’s condition has improved that much, that’s great for him — however, his statement ignores the fact he’s gotten, and will continue to get, treatment far beyond what the average American would get if they needed to be hospitalized with COVID-19. Remember, the Prez even got an experimental cocktail of antibodies not even available to the general public.

Not a great message from the President … who just yesterday claimed to have finally learned so much about the disease which has been a deadly plague on Americans for more than 6 months now. His own physician, Dr. Sean Conley, declined to comment on Trump’s tweet. 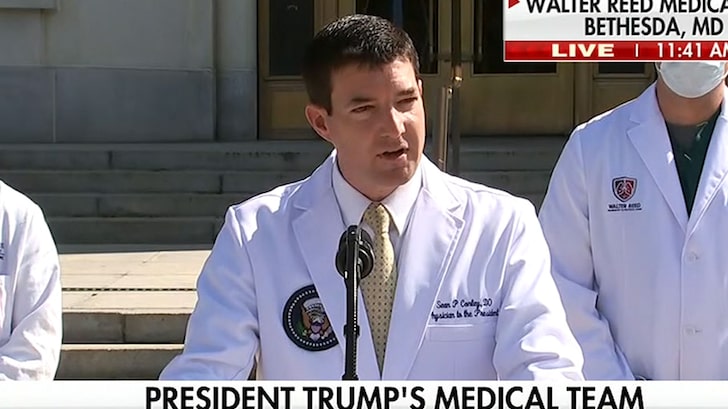 We now know Trump received supplemental oxygen over the past three days at least twice — and that he’s been placed on a number of medications, including Remdesivir and dexamethasone … among others.

It’s unclear what exactly will be done at the White House to protect staffers from a potentially contagious COVID-19 patient. Doctors say they won’t approve his return to the campaign trail until there is no trace of live virus in his system.

They also say he will get the same round-the-clock, top-notch medical treatment he’s been receiving. Let’s hope the same is true for the growing number of people around the President who’ve been exposed to the virus.