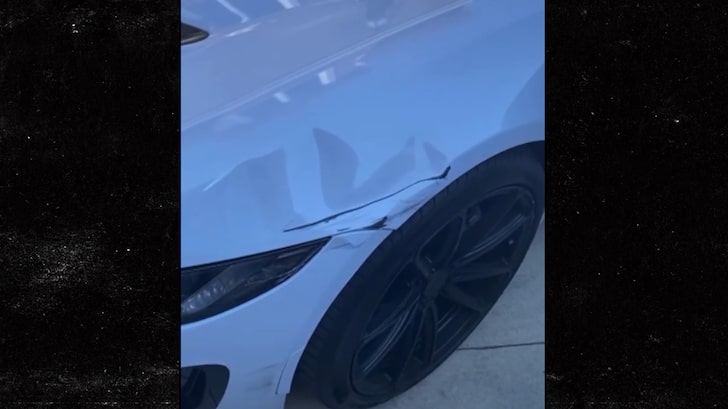 Boosie Badazz has a deal for you, if you’re looking for a brand new car … that also happens to be freshly damaged by Boosie’s nephew!!! Hey, we didn’t say it was a good deal.

The rapper shared this amusing family drama Monday, saying … “My nephew’s stupid ass wrecked my Jag,” which he claims is a one-of-a-kind 2021 model with only 2,000 miles on it.

Boosie, who sounds like he’d just rolled outta bed, said he’s pissed off, tired, and looking to unload the car for a cool $75,000 … despite a big dent and scratches over the front driver’s side wheel well.

He doesn’t say how much he paid for the brand new whip, or even which model it is — so it’s hard to tell if his list price of $75k is a deep discount. He also doesn’t seem to know the extent of the car’s damage either.

Boosie says if he can’t find a buyer soon, he’s going to trade in the Jag for something else. Seems like he’s not down with contacting his insurance provider or waiting around at a body shop.