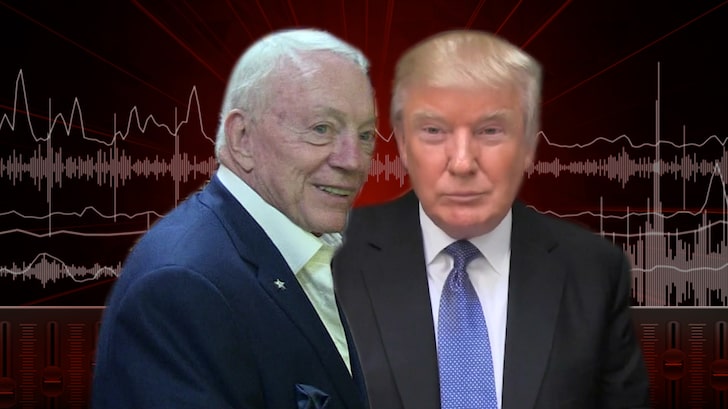 “Knowing him, he’ll be able to go right on through this and hopefully not miss a beat.”

In fact, the Dallas Cowboys owner says he’s pretty sure #45 will still be able to do his job effectively over the coming days.

“No one in the world has the ability to handle this COVID any better than the office of the President of the United States,” Jerry told 105.3 The Fan.

“I’m very confident that he’ll be able to continue governing. I’m sure that he has anticipated this. Knowing him, he’s the hardest worker you’ve ever seen.”

Donald announced Thursday night he and Melania tested positive for the coronavirus and have already begun quarantining.

Tonight, @FLOTUS and I tested positive for COVID-19. We will begin our quarantine and recovery process immediately. We will get through this TOGETHER!

Trump is said to be only experiencing “mild” symptoms … and he, too, seemed confident he’d beat the virus, adding in his official announcement, “We will get through this TOGETHER!”

Jerry and Trump have been friendly for years … so Jones’ support for the president comes as no surprise.

Others in the sporting world, however, haven’t been so sympathetic … Reggie Bush floated a conspiracy theory Friday morning that the positive test was “all a game and it’s all a reality tv show.”