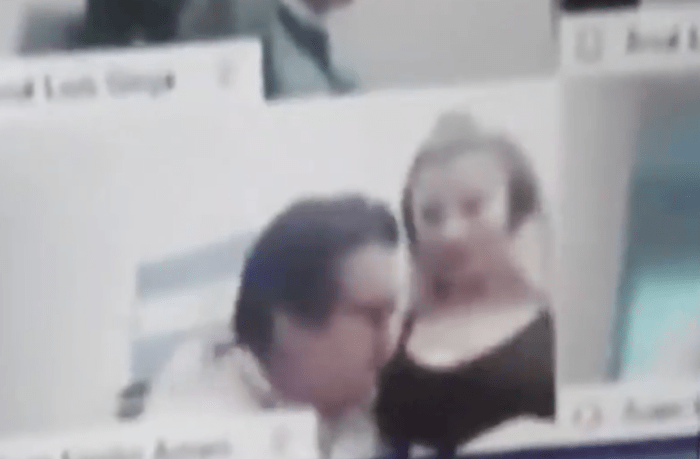 A Congressman was busted with his side chick, during an official Congressional Zoom – which was open for public view, MTO News has learned.

The incident occurred in Argentina, where Juan Emilio Ameri is a member of the Chamber of Deputies. Due to the restrictions related to the coronavirus pandemic, the Argentine National Congress is being held remotely.

The Congressional debate is automatically broadcast on YouTube, where everyone can watch it live.

HERE IS THE VIDEO – WARNING GRAPHIC

Juan Emilio Ameri was joined by his official advisor, Celeste Burgos, who is also his side chick. During the Zoom meeting Celeste sat down on the politician’s lap, and he started kissing her breasts.

Juan Emilio Ameri later apologized for his actions, claiming that he thought the camera was off.

The politician then offered an unbelievable explanation for what the viewers saw. According to the politician, he had a “tragic Internet connection” at home and was only checking the condition of his adviser, who had recently undergone implant surgery.

Following these events, Ameri was stripped of his mandate. Ameri’s wife, who is also the mother of his two kids, has since filed for divorce.

HERE IS THE VIDEO – WARNING GRAPHIC