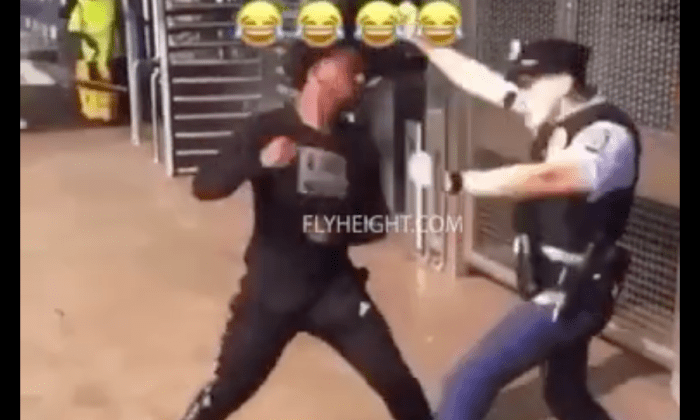 A verbal altercation between a Philadelphia uniformed police officer and a Black man led to violence recently. And MTO News has obtained footage from the scene.

Amazingly, the officer said yes, the reports say, the two got into it.

In the video, the man and the officer square up and begin boxing one another. Initially, the two seem evenly matched, but then the man lands a punch on the officer’s jaw and stuns him. Afterward, it becomes clear that the cop is no match for him.

The cop then took off his hat and appeared to step back – in a submissive manner. After getting the upper hand, the man took off running and is chased by the officer.

Social media reports say the man escaped – and is now wanted by police.