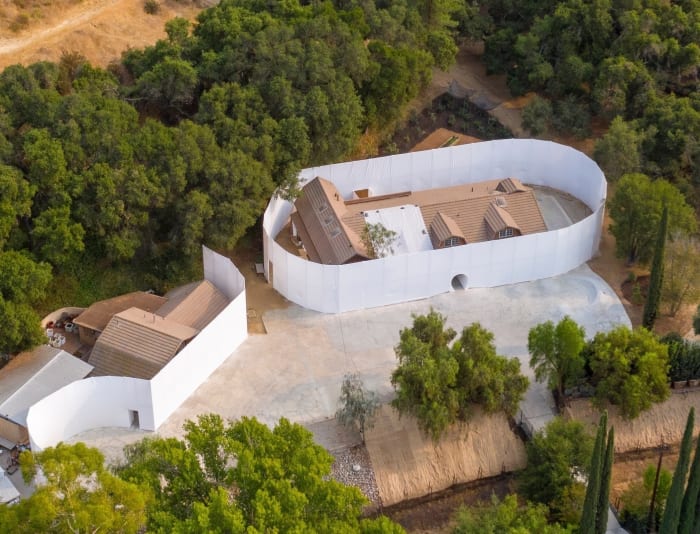 Did Kanye West take a cue from Trump? Kanye West has built a white wall around his ranch house where he has his church.

The site is where Kanye was building domes back in 2019 before he got ordered to take them down and eventually moving them to Wyoming.

He’s now built a church and a series of other buildings. Most notably, all the buildings have “walls” around them.

According to new photos, Kanye built a wall around one structure – and other wall-like structures around the others.

Some on social media are suggesting that Kanye’s white walls could be some type of symbol suggesting he’s a member of the Illuminati.

The illuminati are believed to be an organization of secret societies conspiring to control world affairs. The aim of these alleged secret societies to put people in positions of power and influence, namely in government and powerful corporations, so they can dictate society and ultimately create a “New World Order.”

The founder of Illuminati is Bavarian Illuminati. He founded the group in 1776 in Bavaria, which today is part of modern day Germany. The goal of the secret society at that time was to religious influence from public life.