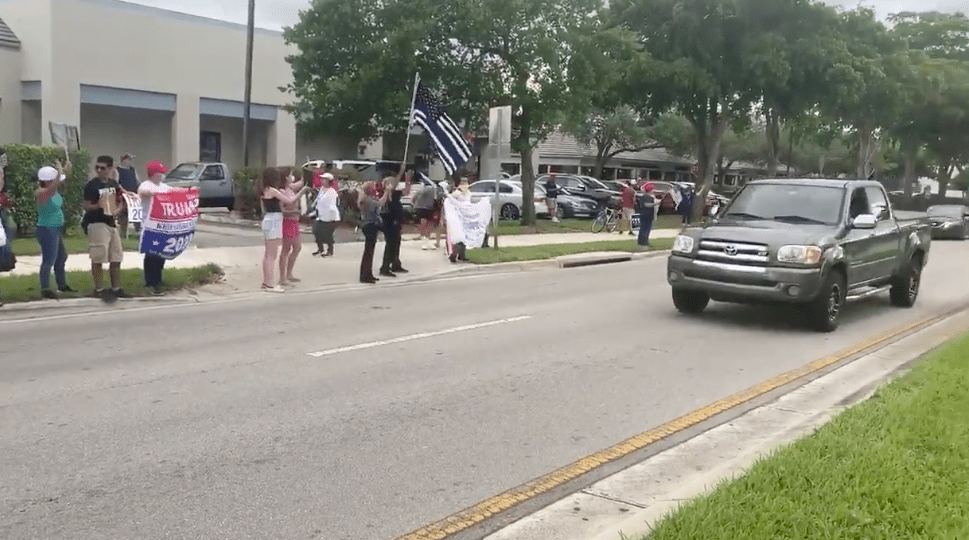 A violent protest Pro-Trump Anti-Black Lives Matter protest broke out in Miami Gardens, in a predominantly Cuban area of Miami. And the video from the protests are going viral.

Many in the African American community are shocked that the people holding this potentially hateful protest, are Latino.

Here are pics and video:

At one point, the Cubans – many of whom didn’t even speak English – began attacking a man carrying a Black Lives Matter sign. The Cubans called the man a “Communist” or “communist” in Spanish:

And here is one of the organizers explaining that if Black people want to survive police encounters, they should “not resist.”