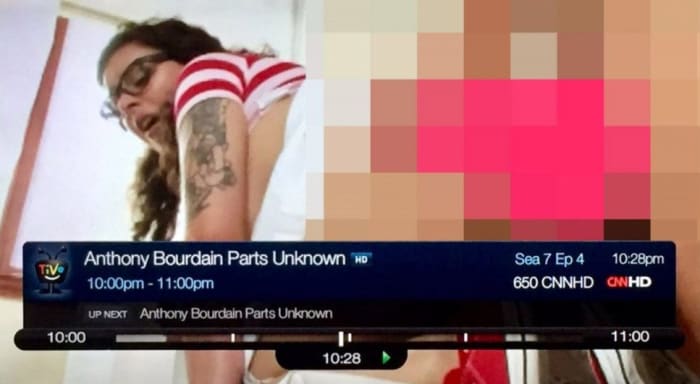 CNN has been airing all kinds of carnage, as it covers the nationwide protests and riots that are taking place across the country. But MTO News has learned that CNN also aired a different type of graphic footage.

Last week, according to many social media watchers, CNN accidentally aired video showing two Black men engaged in gay s*x. One man appeared to have his face in the other man’s booty.

Here is the image, warning it is EXTREMELY graphic:

This isn’t the first time that CNN accidentally aired very explicit content over their airwaves. In 2016, an the network accidentally aired a pornographic scene during an episode of Anthony Bourdain’s Parts Unknown on CNN. Images of CNNs slip up was widely circulated on social media, accompanied by the hashtag #BourdainPorn: