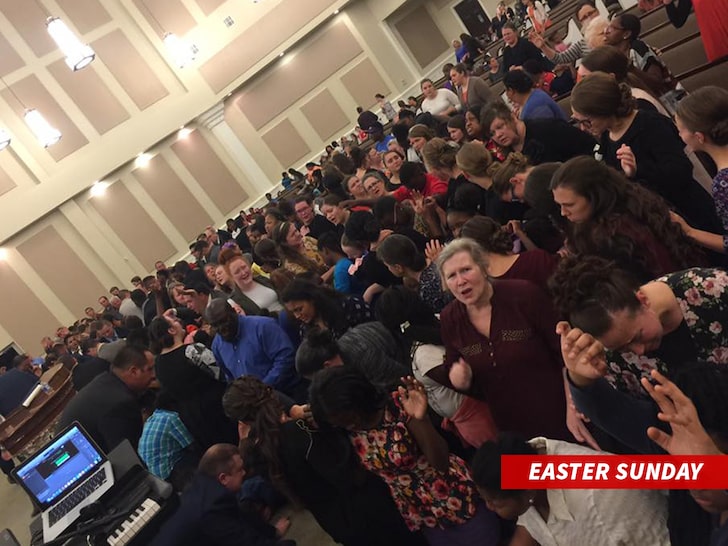 Pastor Tony Spell wasn’t lying about the number of heads inside his church walls for Easter Sunday — ’cause now we got visual proof … and it sure looked like a full house.

The Baton Rouge minister posted this photo as the header on his Facebook page following his Easter service, which went down as promised … and to just as much fanfare as he’d been hyping. There’s a lot of people here, and the Life Tabernacle Church building is probably way bigger than just this. Translation … the place was pretty damn packed.

You’ll recall … Spell broadcast his ceremony online, but it appeared he tried keeping the cameras off people in the pews as much as possible. Still, you could see glimpses of the crowd size — it seemed to be quite a few — and he eventually claimed it was 1,300-plus in attendance.

The pic certainly seems to indicate that about that many folks could’ve been there — he’d been telling media he was expecting around 2,000 heads or so. Seems his followers were just as eager to get together for church in person as he was last week. 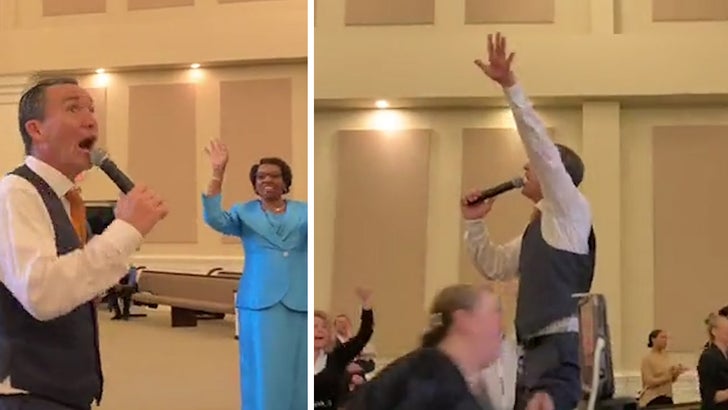 As for what Pastor Spell is up to now … he tells TMZ he’s continuing to do the Lord’s work by delivering food to the needy. On Tuesday, Tony and co. hopped aboard their church bus and went around town distributing free grub to different families and individuals.

Unclear if he’s taking as much precaution as he should be while doing this … we see gloves on, but no masks. But maybe a good deed’s a good deed — even if it’s done in close contact and with somewhat high risk. 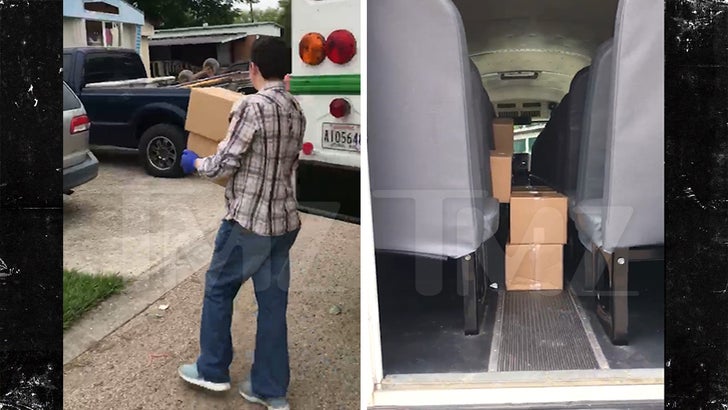 Anyway, we tried asking Tony what sorta food he was doling out — and he had a pretty strange response — “It doesn’t matter when people are starving to death what kind of food it is. Welcome to America and the New World order.”