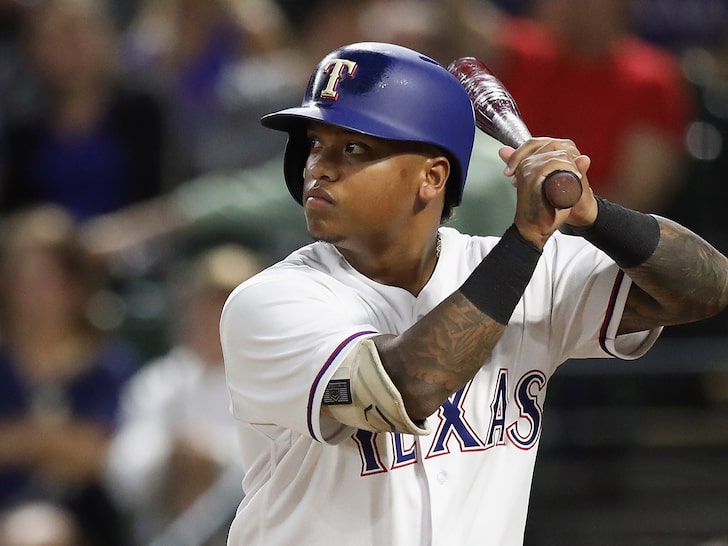 Texas Rangers outfielder Willie Calhoun has been hospitalized after getting hit square in the kisser with a fastball nearing 100 MPH.

The left fielder got up to bat in the first inning Sunday against the Dodgers for a Spring Training game, and pitcher Julio Urias sent a heater from the mound that apparently got away from him and swerve up to Calhoun’s face. It hit him flush in the mouth.

Willie Calhoun gets hit in the face by a 95mph fastball thrown by Julio Urias. Calhoun would get carted off and taken to the hospital. #Dodgers #Rangers pic.twitter.com/ejzCy2w3l3

You can clearly see it was mistake on Urias’ part — he reacts as if he’s upset with himself and the situation as Calhoun’s teammates come out to attend to him. It was a pretty frightening scene, especially after you see it from different angles … and in slow motion too.

Luckily, reporters on the ground say he was able to get to his feet and was then carted off the field while holding a towel on his face. He was later taken to a nearby hospital for further evaluation. His condition is unknown at the moment, but hopefully he’s okay.

Crazy enough … Callhoun used to be Dodger prospect, but was traded to the Rangers in 2017. So a lot of those guys are probably pulling for him right now.