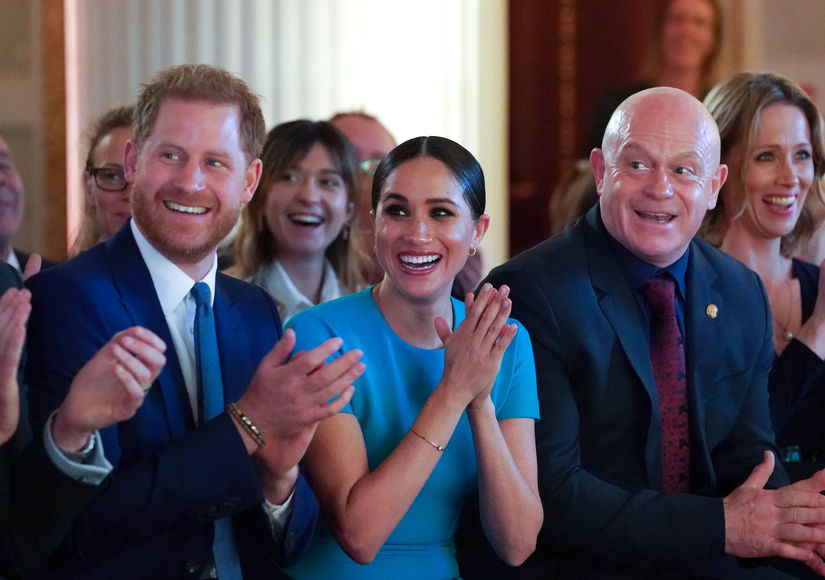 A man got down on one knee and proposed to his girlfriend at the Endeavour Fund Awards on Thursday to everyone’s surprise… including guests Meghan Markle and Prince Harry!

During his acceptance speech for the Recognising Achievement Award, Danny Holland called his “missus” to the stage and popped the question.

A second enormous congratulations to Danny on his engagement! What an amazing proposal, and what a way to kick off the #EndeavourFundAwards! pic.twitter.com/v2bxaur9lr

According to the Endeavour website, Danny was nominated by Mission Motorsport.

“Danny was involved in an IED blast whilst serving in Afghanistan which left him with mental health difficulties,” the site says. “He is now thriving as a driver, achieving wins and podium places at races all over the UK and Europe. Danny is now working towards instructor qualifications that will help him to pass on all he has learnt and help others in their own rehabilitation.”

Meghan and Harry are completing their last round of public engagements in the U.K. before stepping down from royal duties. The Endeavour Fund Awards marked Meghan’s first appearance since returning to the U.K. from Canada.