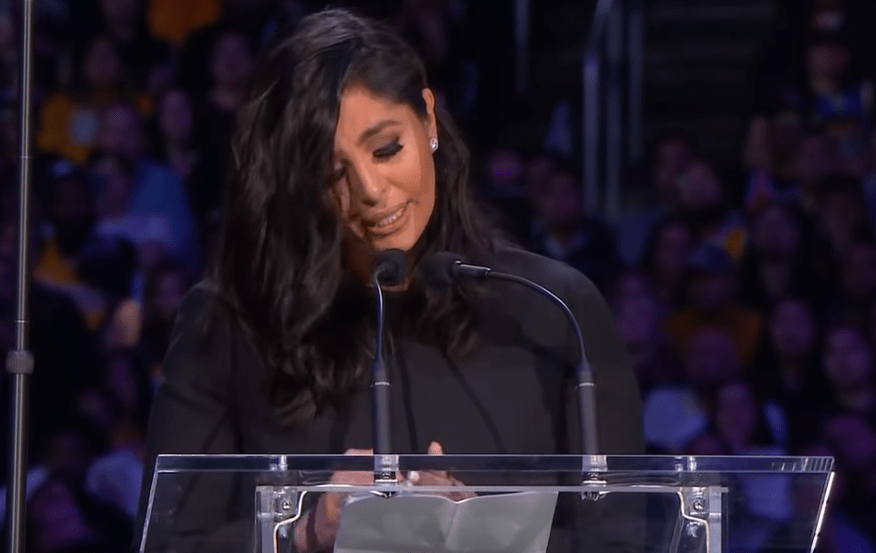 Vanessa Bryant showed the world exactly how strong she is as she delivered a heartwarming speech on Monday at the tribute to both Kobe Bryant and daughter Gianna “Gigi” Bryant at the memorial service.

“I won’t be able to tell her how gorgeous she looks on her wedding day, never get to see my baby walk down the aisle, have a father-daughter dance with her daddy, dance on the dance floor with me or have babies of her own,” a visibly emotional Vannessa said.

“Gianna would have been an amazing mommy. She was very maternal ever since she was really little. Gigi would have most likely become the best player in the WNBA.”

Vanessa spoke about how much her daughter, Gigi, had made changes to the WNBA. Changes which will forever change the way that the world looks at the sport.

“He was my sweet husband and the beautiful father of our children. He was mine. He was my everything,” she said.

“Kobe and I have been together since I was 17 and a half years old. I was his first girlfriend, his first love, his wife, his best friend, his confidant, and his protector. He was the most amazing husband … more than I could ever express or put into words. He was the early bird, and I was the night owl. I was fire, he was ice and vice versa at times. We balanced each other out. He would do anything for me. I have no idea how I deserved a man that loved and wanted me more than Kobe.”

Watch the speech in full below.