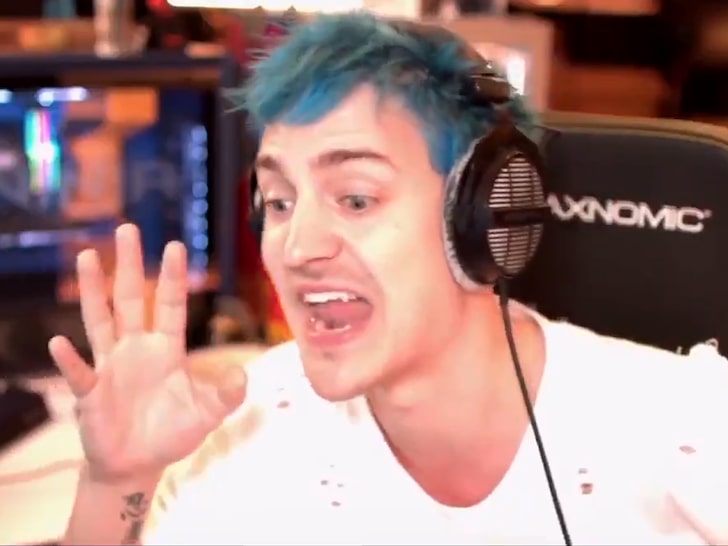 Ninja — the most famous pro gamer in the world — is sick and tired of people treating his sport like it’s a joke … and he’s invoking the names of LeBron and Tom Brady to make his point.

The 28-year-old Fortnite legend went on a passionate rant while streaming on Wednesday — saying he’s fed up with people telling him to tone down his competitiveness with comments like, “It’s just a video game.”

Ninja HATES that phrase — explaining how EVERY top competitor in any field should HATE to lose no matter what sport they’re in.

In his words … “If anyone ever uses the excuse ‘It’s just a game’ I’m gonna lose my mind.”

“Imagine telling LeBron James, Tom Brady that when they’re pissed off after losing a game that it’s just a game. Like I’m gonna lose it. Are you kidding me?! You’re so stupid!!!”

Earlier in the week, Ninja had tweeted about his mindset — saying, “The phrase ‘it’s just a game’ is such a weak mindset. You are ok with what happened, losing, imperfection of a craft. When you stop getting angry after losing, you’ve lost twice.”

“There’s always something to learn, and always room for improvement, never settle.”

People went after him HARD on social media — but Ninja ain’t backing down … which is why he went on the rant during his stream on Wednesday.

Also, with Fortnite Season 2 about to drop this week, he’s clearly getting his mind right to destroy everyone.

For the record, Ninja’s intense mentality has earned him MILLIONS in prize money and sponsorships … so even if you disagree, the numbers don’t lie.