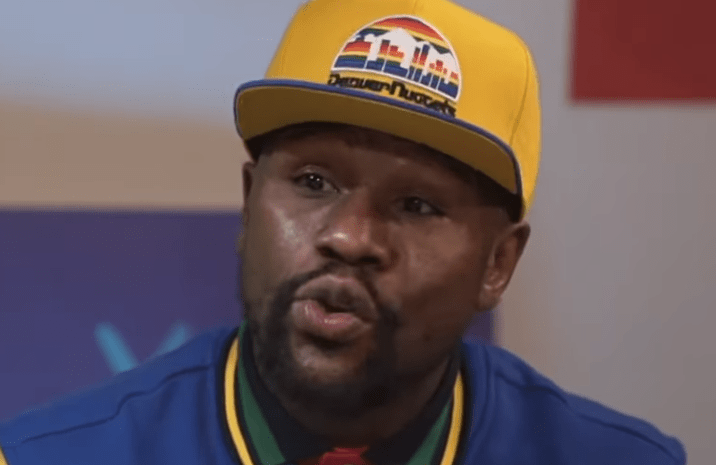 Boxing champion Floyd Mayweather sat down for an interview where he recalled his 2014 fight with rapper T.I. – and Mayweather confirms the fight was over T.I.’s wife, Tiny Harris.

According to Mayweather, T.I. stepped to him after seeing a picture of him with Tiny on social media:

“I was basically like, ‘Listen. I’m letting you know I ain’t got…me and your wife don’t have nothing…if you think so.'”

He continued, “I been knowing Tiny before T.I.,” Mayweather shared. “I’ve never slept with her, I never kissed her, never touched her in no inappropriate way. Her friend Shekinah wanted to come to the [May 4th] fight, she brought Tiny with her. … After that, I guess she put a picture up on Instagram of her at the fight so I guess he [T.I.] was feeling some type of way.”

Tiny also addressed the fight back in 2018 during an episode of Kandi Coated Nights, where she explained that T.I.’s response frightened any other potential dates away:

“That was really a buzzkill for me because everybody was like, ‘I ain’t talking to her. This man done swung on the heavyweight champion,” she explained. “No! Tell her to stay away!’ But I didn’t really cheat. I didn’t have any sex. He flirted with me. I think that was fine. Everybody needs a little attention, especially if she ain’t getting it. If you ain’t giving it she’s gonna go get it somewhere else.”