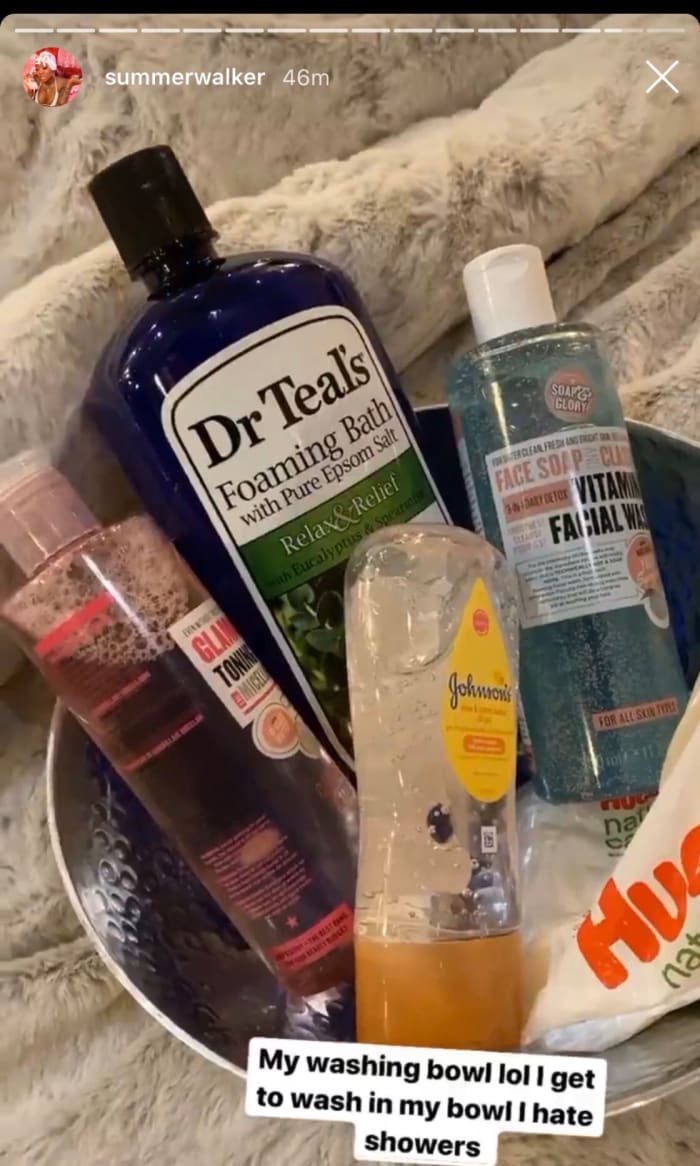 Even before making the controversial statements, Summer was seen as being “hygienically challenged” by fans. In fact, some even went so far as called the pretty singer “dirty looking.”

Well Summer’s most recent comments are likely to feed into the “dirty” rumors.

According to Summer, she prefers to wash herself using a “washing bowl” instead of taking a bath or a shower.

What’s a washing bowl, you ask? Well a person puts soap and water in the bowl, and then uses the soapy bowl water to wash herself – sometimes using baby wipes to clean up.

Obviously that’s not a very efficient way to clean oneself. But Summer doesn’t seem to mind.

Here are some pics of Summer Walker – where her fans claim she looked “dirty.”

Summer Walker is having amazing success after the release of her album Over It.

However, her love life can’t say the same.

We covered the story, Summer Walker and music producer London On Da Track broke up for a few and then got back together. The reason for the breakup wasn’t clear.

Joe Budden suggests that after the success of Summer’s album, Drake Slide in her DM to compliment her. According to Joe, London saw the DM’s and got upset.

Although it’s just a speculation, do you think there is some truth to it?