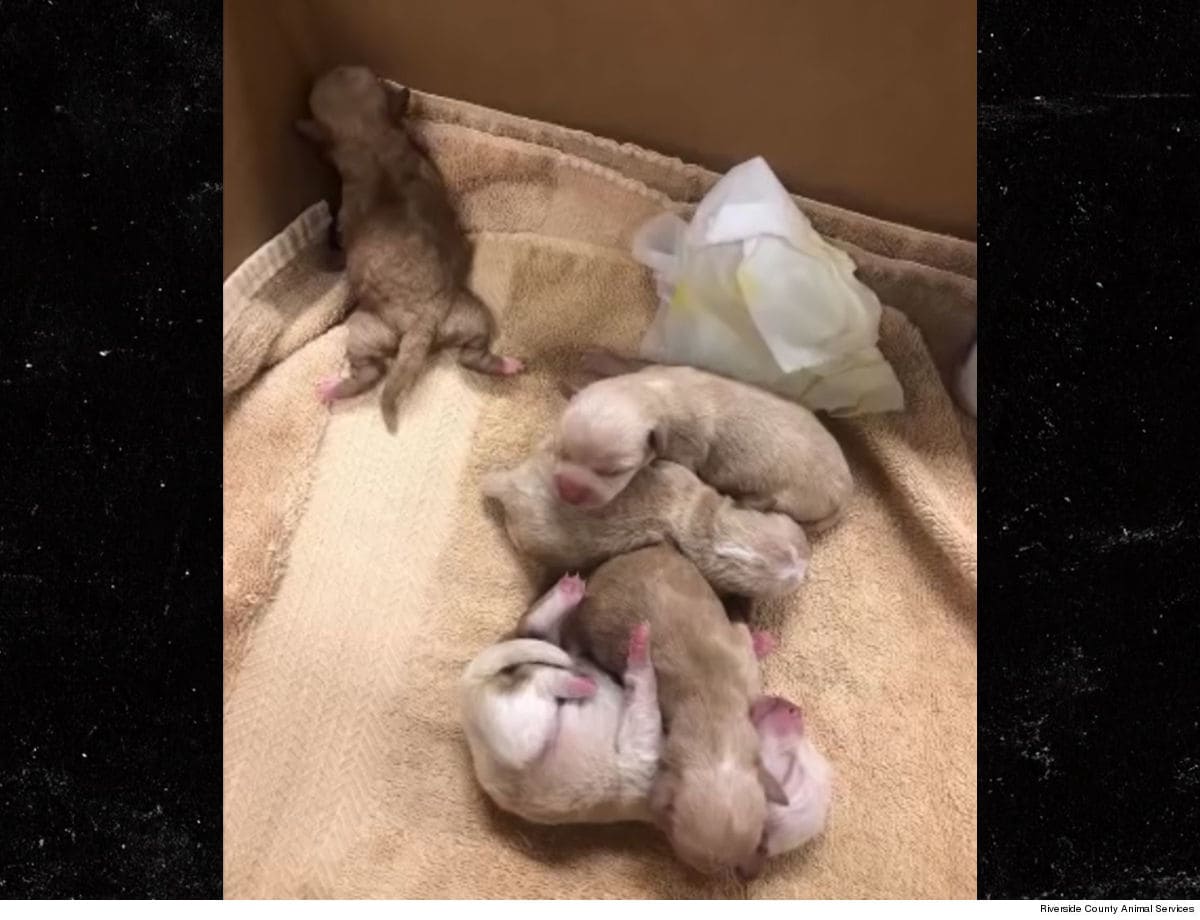 for Woman Who Dumped Puppies in Coachella Trash

Authorities are about to nab the woman caught on video throwing a bag of puppies into a dumpster in the city of Coachella … TMZ has learned.

The Riverside County Animal Services has ID’d the woman and the agency says an arrest is imminent. We’re told she’ll face 7 felony counts of animal cruelty.

As we reported … the woman was caught on video last week pulling up in a white Jeep Wrangler. She was seen carrying a bag of what turned out to be seven 3-day-old puppies … which she then dumped into a trash bin. The puppies damn near died were it not for a Good Samaritan.

As you know … it can get really hot in Coachella. It was in the mid-90s when the puppies were found. They were barely breathing when they were found by an individual rummaging through the trash bin. The puppies were taken to an Orange County shelter where they recovered.

If convicted on all counts, she faces up to 6 years behind bars.