“Medellín,” a duet with Colombian superstar Maluma, is garnering positive reviews, with The Guardian saying the “refreshingly relaxed” track is “a potent reminder of Madonna’s deft history of meshing genres, while also a convincing addition to the roll call of western megastars like Beyoncé and Justin Bieber linking up with Spanish-language artists.” NME has been left “gagging for the ‘Madame X’ era, while Variety called it “a sultry and promising introduction to Madonna’s latest era.”

The single is named for Maluma’s hometown.

The song’s music video will premiere on Wednesday, April 24, during a globally televised MTV event, “MTV Presents Madonna Live & Exclusive: ‘Medellín’ Video World Premiere,” during which Madonna will appear with British DJ Trevor Nelson and a group of fans live from London. At the event, she will answer questions from fans and will be joined via satellite by Maluma, who earlier today posted a video of himself bawling his eyes out with joy at hearing his collaboration with the Queen of Pop on the radio. 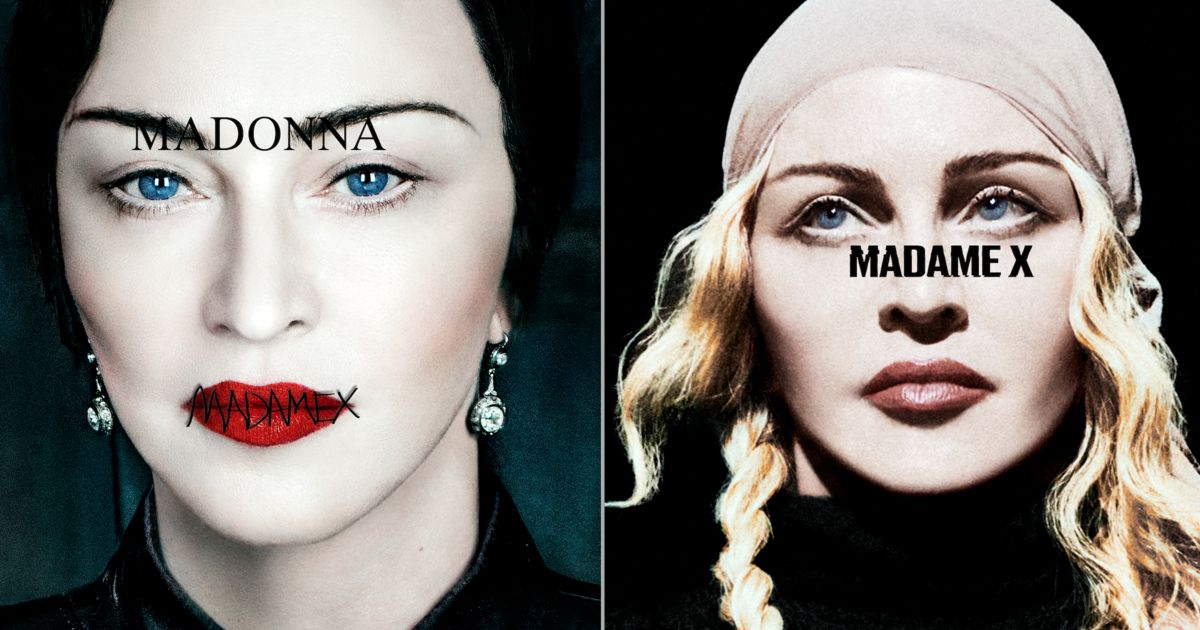 The standard (L) and deluxe (R) editions of “Madame X”

Madonna’s 14th studio album, “Madame X,” is coming June 14 and is available for pre-order now. Influenced by her time living in Lison, Portugal, the standard edition of the album will have 13 tracks, while the deluxe will have 15. A Target version will have 17 songs.

“Lisbon is where my record was born,” Madonna said in press release. “I found my tribe there and a magical world of incredible musicians that reinforced my belief that music across the world is truly all connected and is the soul of the universe.”