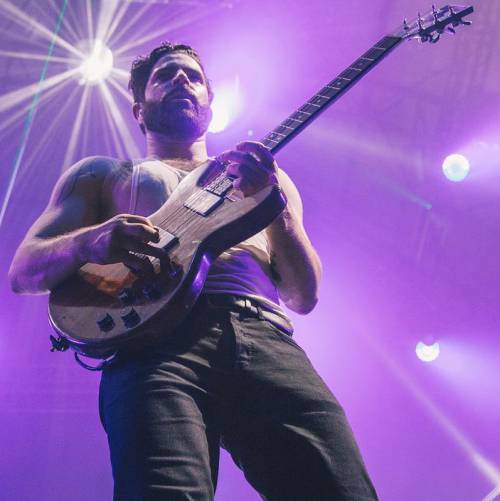 Foals are in line to claim their first UK Number 1 album this Friday.

The rock band’s fifth studio album Everything Not Saved Will Be Lost – Part 1 leads today’s mid-week Official Chart Update, ahead of its nearest competition by just shy of 2,000 combined sales.

Foals have previously scored Top 10s with all four of their previous albums, the highest charting being 2013’s Number 2-peaking Holy Fire.

Sigrid’s debut album Sucker Punch currently holds the runner-up slot, and Dido is just 136 combined sales behind at 3 with Still On My Mind, her first album in six years.

Of the top three albums, Foals are leading on physical sales, Sigrid on streaming and Dido on downloads, so it looks like this one could go down to the wire.

Rounding out the Top 5 – and this week’s most streamed album so far – is Dave’s debut album Psychodrama at Number 5. Just behind at Number 6 is Paul Weller’s new live album Other Aspects: Live at the Royal Festival Hall, which could become The Modfather’s 19th Top 10 record as a soloist.

James Morrison’s fifth album You’re Stronger Than You Know starts at Number 11, ahead of David Gray’s Gold In A Brass Age at Number 14. Kate Bush’s The Other Sides, a new CD collection of rare tracks from the singer (which first appeared together on the Remastered in Vinyl IV boxset) is at Number 15. Juice WRLD’s latest studio album Death Race For Love could become his highest charting record yet, currently at Number 16.

New Zealand duo Flight of the Conchords could swoop into the Top 40 for a second time with Live In London at 31, and finally, Maren Morris may collect her first Top 40 entry this week with Girl at 38.