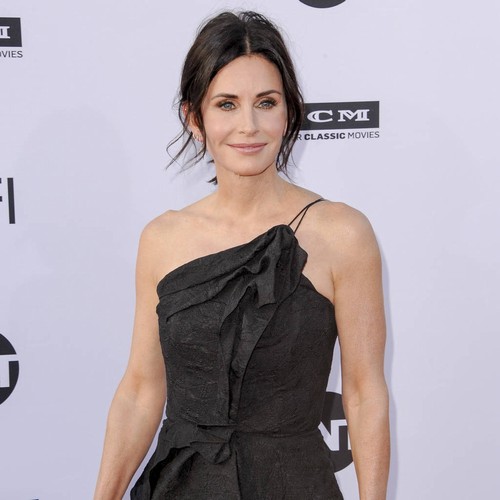 The budding young star, whose father is actor David Arquette, was part of a group of teens invited to sing with the rocker at a weekend (09-10Mar19) event benefiting the music-driven non-profit Chords 2 Cure, which aims to boost funds for pediatric cancer research.

Proud mum Courteney shared video footage of Coco and Gary teaming up for a rendition of the band’s hit 2006 release Chasing Cars on Monday, and gushed about the unique opportunity the musician had granted for her little girl.

“I have overwhelming gratitude towards @garysnowpatrol for sharing his time to perform at @chords2cure,” the former Friends star captioned the Instagram clip. “I just love watching Coco and Gary sing together.”

Securing the duet can’t have been too hard for Coco – her mum has been dating Gary’s bandmate, Johnny McDaid, on and off for just over five years.

And it appears Coco may have a future in music.

“My daughter is an incredible singer,” Courteney previously told People.com. “She is really good. I want her to have a hobby, to make her play the piano.

“She’s got this instrument in her voice that I want to be backed up with either guitar, piano, I don’t care, but she has to have an activity. That I’m strict about.”

The actress split from Coco’s dad in 2010 after 11 years as husband and wife. Their divorce was finalised in 2013.

She subsequently moved on to date McDaid, after being introduced by mutual pal Ed Sheeran, and the couple became engaged in the summer of 2014. The stars took a break in late 2015, before reconciling months later.