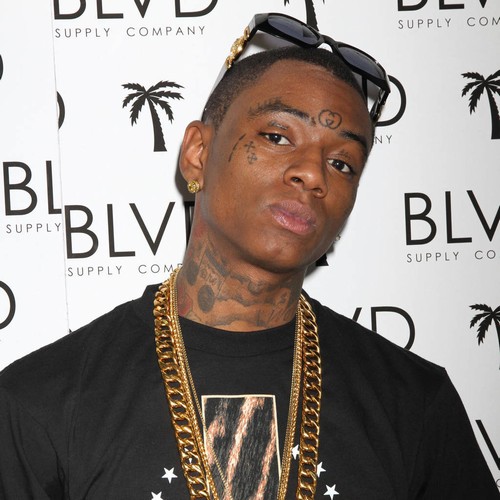 Rapper Soulja Boy has been arrested for violating the terms of his probation.

The Crank That (Soulja Boy) hitmaker, real name DeAndre Cortez Way, was taken into custody on Friday morning (15Mar19) after visiting his probation officer in the San Fernando Valley area of Los Angeles.

According to TMZ, the arrest relates to a February (19) incident, during which police were called to the star’s home to investigate allegations suggesting he was holding a woman hostage.

Soulja Boy denied the claims, but officers executed a search warrant on the property, and reportedly found him in possession of ammunition, a clear breach of his conditional release dating back to a 2011 conviction for weapons violations.

They did not act on the alleged discovery at the time, and instead waited until the 28 year old checked in with his probation officer to arrest him.

He is currently in custody pending a court appearance on Friday afternoon.

The legal trouble emerges after he had his probation period extended in 2016, following another violation. During that run-in with the law, the MC was accused of threatening people online, and when police swarmed his house, their search is said to have turned up at least one firearm, which landed him back in trouble.

Soulja Boy’s representatives have yet to comment on his latest arrest, and it’s not yet clear if he will be able to honour a commitment to perform for the half-time show during the Los Angeles Clippers basketball game against the Chicago Bulls at the Staples Center on Friday night.