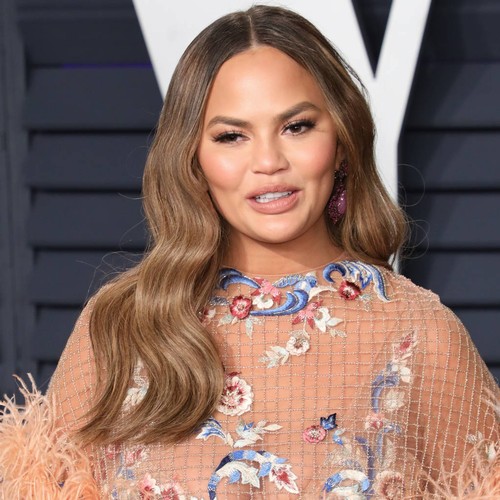 Chrissy Teigen had her say on the college admissions scandal by sharing a hilarious photoshopped snap of herself and husband John Legend.

As the scandal broke, it was revealed that the photo editing software had been used to pretend applicants – children of a group of parents including Felicity Huffman and Lori Loughlin – were athletes in a bid to get them enrolled in the college of their choice.

“CW-1 (co-operating witness one) and his associates simply found photos of athletes on the Internet and either used those photos or used software such as Photoshop to insert applicants’ faces onto the bodies of legitimate athletes,” the court documents stated.

Responding to the scandal, Chrissy decided to try her own hand at Photoshop as she superimposed her and John’s faces onto the bodies of professional soccer players Carlos Valderrama and Cristiano Ronaldo respectively.

She also included celebrity hairstylist Jen Atkin and her husband Mike Rosenthal in the snap, with their faces photoshopped onto the bodies of Wayne Rooney and a LA Galaxy player, as she wrote: “‘does this look real? we are trying to get into harvard @jenatkinhair @mrmikerosenthal @johnlegend.”

While fans were quick to praise Chrissy for her hilarious response to the scandal, not everybody has been finding the situation so amusing.

Breaking Bad star Dean Norris had a different take on the scam, as he admitted he was “disgusted”, after getting into Harvard himself via legitimate means.

“I got into Harvard against long odds via hard work and perseverance. Neither of my parents went to college, we didn’t have money 2 even pay for SAT prep course let alone bribes,” he began a series of tweets on Tuesday (12Mar19). “Shameful. It’s hard enuf for working class kids 2 succeed w/o rich privilege taking opportunity away (sic).”

“When I think of all the kids who studied hard, stayed up late, had part time jobs to pay for their college application fees, and then were denied rightly deserved places in elite colleges because some rich f**kwads cheated for their already privileged kids — I’m disgusted. I shall now breathe deep and go beat the s**t out of a punching bag,” he concluded.