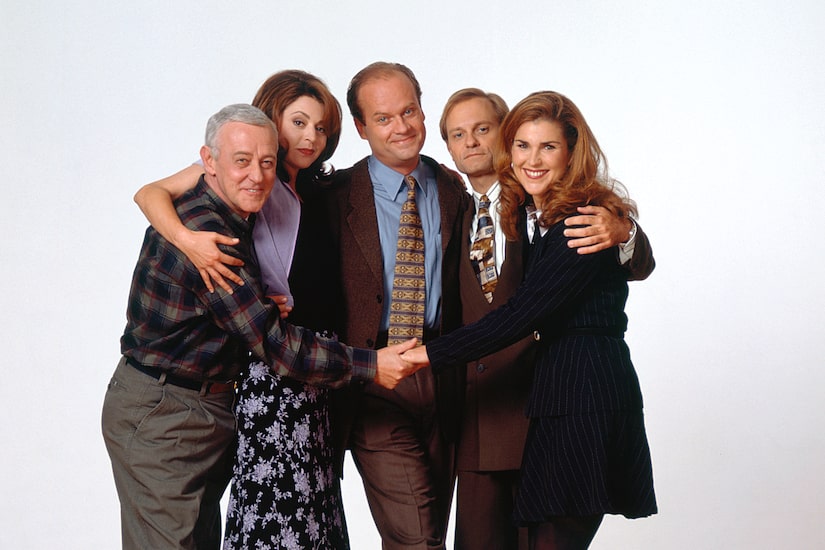 Eighteen years after he signed off, Kelsey Grammer is bringing Dr. Frasier Crane back to TV!

“Extra’s” Jenn Lahmers spoke with Kelsey about what to expect from the upcoming Paramount+ reboot.

While he couldn’t reveal too much, Kelsey noted that Dr. Frasier is “still gonna be looking for love.”

Grammer described Frasier as a “perfectionist,” adding, “We’re gonna work on maybe configuring that out, the perfect person, we’ll see.”

Will the psychiatrist be entering the podcast world? Kelsey answered, “It’s been discussed. He’s going to be entering a new kind of world with new challenges and almost justifying his previous existence, which I like.”

Kelsey is also teaming up with his daughter Spencer for a Lifetime movie, “The 12 Days of Christmas Eve,” which is out November 26.

Kelsey added, “That would be confusing. No one would cast us that way anyway.”

Spencer pointed out that it was “nice to have actual life experience” with her dad before they took on their roles.