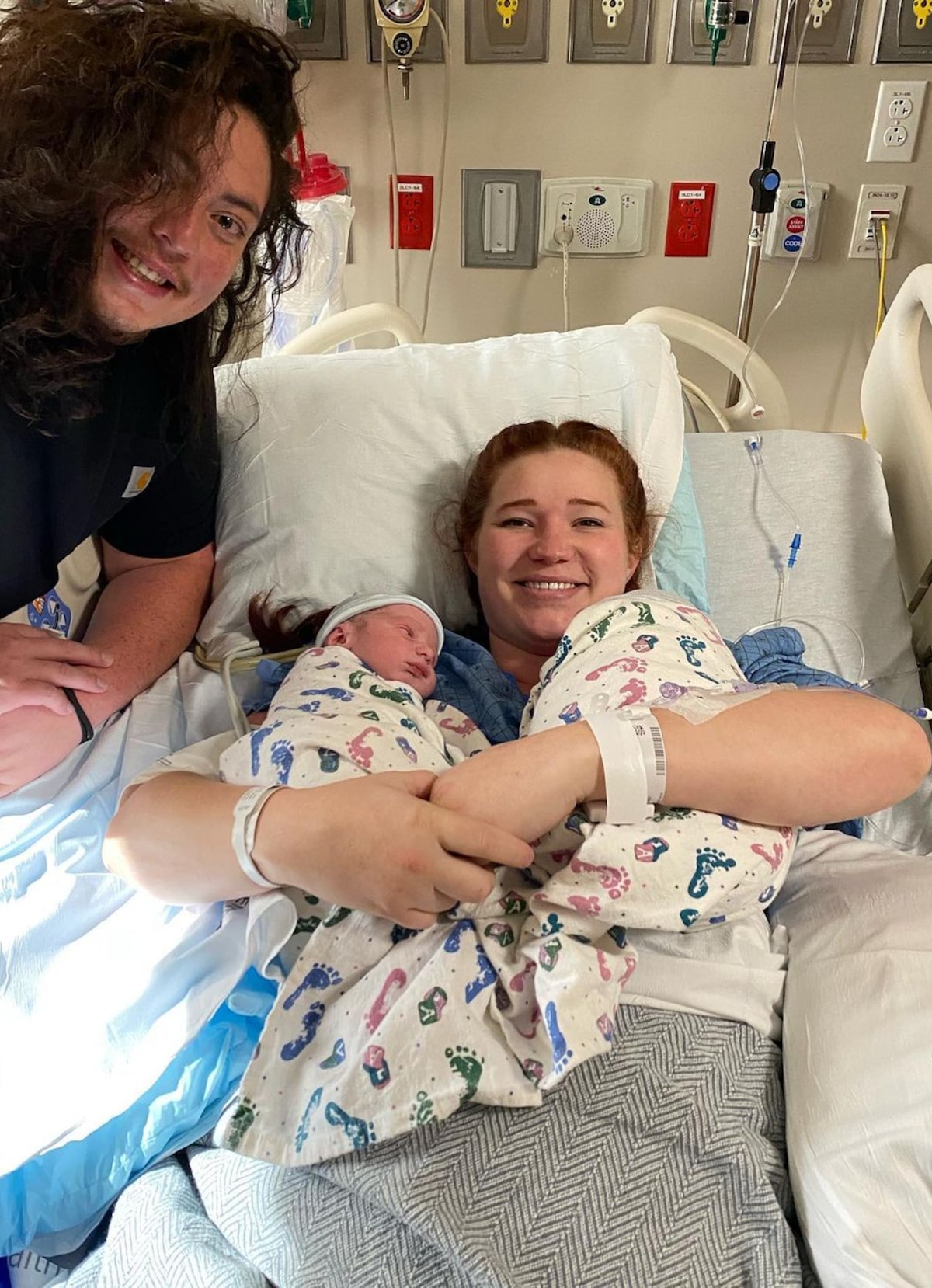 The couple are also parents to daughter Avalon Asa, 19 months.

According to People magazine, Archer arrived first and then Ace made his entrance into the world two minutes later.

She told the outlet, “I’m so happy my boys are finally here and we’re all doing well.”

The couple announced they were expecting in June.

At the time, Mykelti shared, “I’m extremely excited for the twins to come. Nervous as well especially for the first 18 months of their lives, but it will be a wonderful adventure.”

Tony quipped, “I’m excited about having double the trouble and double the fun.”

Mykelti’s mom Christine Brown gushed, “I’m so excited, they’re going to be such great parents. I know they’re a bit overwhelmed because it’s twins. It’s a lot of work, but I live close, Aspyn lives close.”

Christine went on, “She’s got such an amazing support system, we’re all so excited. They’ve been incredible parents with Avalon and now we get to see them be parents again!”

In August, Mykelti and Tony revealed that they were expecting twin boys. She told People, “I’m excited for all three of my kids to be so close together in age. They’ll always have a friend to play with. And Tony and I will be very outnumbered sooner than we realize. It should be a fun adventure.”

The couple are about to celebrate their sixth wedding anniversary in December. They tied the knot at the Bloomington Country Club in St. George, Utah.