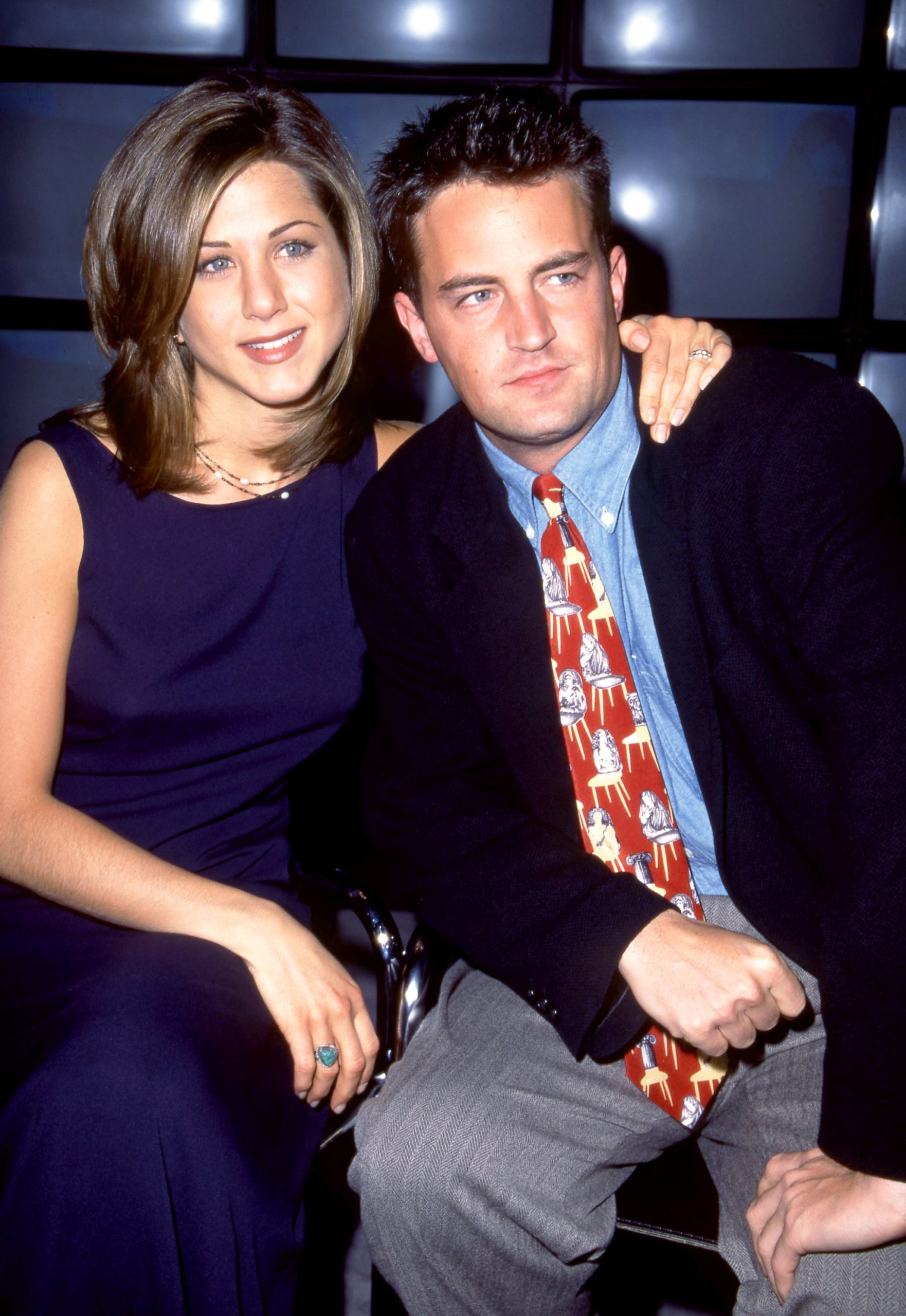 Before the cameras ever started rolling on “Friends,” Matthew Perry already had a crush on Jennifer Aniston. In his new interview with Diane Sawyer for “ABC News,” Perry discussed his memoir “Friends, Lovers and the Big Terrible Thing,” and opened up about the time he asked Aniston out on a date. According to the actor, he met his future costar before they were both cast in “Friends,” but when he asked her out, she said no, suggesting they be friends instead.

Despite Aniston turning him down, Perry revealed he still had a crush on her when the show began filming — as well as on Lisa Kudrow and Courteney Cox. This revelation prompted Sawyer to call the star a “serial crusher.” Perry replied, “Well, how can you not have a crush on Jenny? And Courteney [Cox]? And Lisa [Kudrow]? So I made it kind of difficult to go to work, because I had to pretend that I didn’t have these crushes.”

In his memoir, the 53-year-old wrote about wondering how long was too long to stare at Aniston during a take. “I was like, ‘Is three seconds too long?'” he said to Sawyer. “And then I write in the gratitude part about her letting me do that.”

While his memoir focuses on heavy topics like his addiction and winding road to sobriety, Perry is also open about his romantic relationships. In addition to revealing his crushes on his female “Friends” costars, he also opened up about briefly dating Julia Roberts and convincing her to make a cameo appearance on the hit NBC sitcom.

Per an excerpt from his memoir shared by Entertainment Weekly, Perry ultimately broke up with Roberts because he was afraid she was going to break up with him. “Dating Julia Roberts had been too much for me,” he wrote. “I had been constantly certain that she was going to break up with me. Why would she not? I was not enough; I could never be enough; I was broken, bent, unlovable. So instead of facing the inevitable agony of losing her, I broke up with the beautiful and brilliant Julia Roberts.”

“Friends, Lovers and the Big Terrible Thing” will be released on Nov. 1.