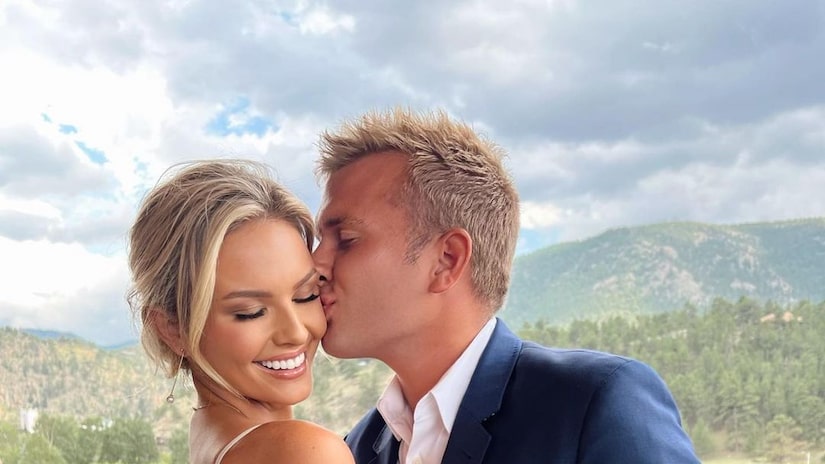 “Growing Up Chrisley” star Chase Chrisley is taking the next step in his relationship with girlfriend Emmy Medders!

After almost three years of dating, Chase popped the question to Emmy at First Horizon Baseball Stadium in Tennessee earlier this month.

Of the proposal, he told People magazine, “It was the perfect night. There’s no doubt I want to spend the rest of my life with Emmy. We can’t wait to build a family together.”

Emmy had “no idea” that Chase had a proposal in mind, but he gave a heads up to the families, who were there to witness it. Emmy said, “My dad is sick with ALS, so it was very special moment that he could travel to Nashville and be on the field.”

Chase got down on one knee with a 3.5-carat diamond. Medders gushed, “I can’t stop staring at it.”

While they haven’t figured out a date or venue yet, the pair would like to “get married in Charleston.”

Chase’s dad Todd is already giving his input for the wedding. Emmy revealed, “Todd’s already blowing up my phone, sending me some dress options that he thinks are pretty.”

Chase added, “My dad has the best taste of anybody that I’ve ever met. We’ve never had a decorator in any of our homes or anything like that. He’s always done all that. So literally, Emmy was like, ‘Todd, you just do whatever you want to do because I know it’s going to be better than I could ever imagine.’“

On Friday, Chrisley also shared a series of engagement photos on Instagram. He gushed, “I am the luckiest man in the world, being able to call you mine forever is a blessing straight from God. You are the sunshine when it’s dark, you are the rain when it’s dry.”

Chase added, “I love you more than life itself and can’t wait to live forever with you! To you my love! Thank you for taking me FOREVER!!”

Emmy also posted her own Instagram. Showing love for Chase, she wrote, “You’re everything I’ve ever dreamed of and more. I love you, Chase Madison Chrisley! My heart is yours forever ❤️.”