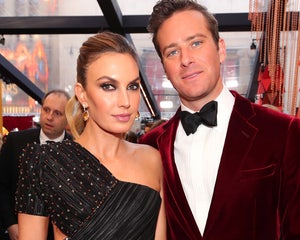 Chambers reveals why she didn’t participate in the doc, how “surprised” she was watching it and where she stands with Hammer now.

One of the many people who tuned in for Discovery+’s “House of Hammer” docuseries was the estranged wife of Armie Hammer himself, Elizabeth Chambers.

Chambers, who split from Hammer in 2020 and is in the process of divorcing him, revealed in a new interview with E! that she watched the series, a series which delved into the sexual abuse allegations against her ex and included a deep dive into his entire family’s allegedly sordid past.

Hammer stands accused of sexual assault, sharing cannibalistic fantasies, and both emotional and physical abuse with other women, accusations he has denied. No formal charges have been filed against him at this time. The “Call Me By Your Name” star and Chambers share two children; son Ford, 5, and daughter Harper, 7.

“I did not plan on seeing it, but I did drop the kids off at school one day and came home and watched it with my support system around me,” Chambers said of the doc. “It was obviously heartbreaking on so many levels and very painful. But at the same time, it exists. The past is the past and all we can do is take this as a moment to learn and listen, and hopefully process and heal in every capacity.”

She said she “definitely was surprised” by what she saw in the series and claimed producers did reach out to her about participating in it herself. “In this process, all that’s mattered and does matter is the kids and our family, and that was not something that was going to be in line with my goals for them,” she explained.

Of all the claims made about her ex over the last few years, Chambers said that “there were definitely some surprises, and it didn’t feel great, especially when you feel like you have done that work, but the moral of the story is that work is never done.” She added that the couple’s two kids haven’t seen the doc — which, considering their ages, isn’t surprising — adding, “It’s not appropriate for them at this time.”

“I consider myself a feminist and stand in solidarity with anyone who has been a victim of any sort and hope they find healing,” she added. “I’m not being here, like, ‘My life is amazing,’ because it’s been hell for a long time.”

Chambers explained that she and Hammer are actually “in a really great place” right now, with open lines of communication and a joint commitment for their children to be “together as much as possible in a non-romantic way for our kids.” She added, “Kids need their mom; kids need their dad. So there’s nothing we won’t do.”

She added that Hammer has been “focused on his healing” and “all that matters is that he is the best dad for our children.”

“Time does heal, but time alone doesn’t heal. You need to work through it,” she continued. “People are flawed. People make horrible mistakes. People change, by the way. For me the whole time it has been about, ‘These are my boundaries. If you can meet them, then we can take the next step.’ That’s with everyone in my life, but also with myself.”

Chambers confirmed that she’s now in a “committed relationship” with a new man and added that while her family has been happy living the Cayman Islands during this hard time, she’s also “ready to come back to L.A.” and “get back to our grind.” 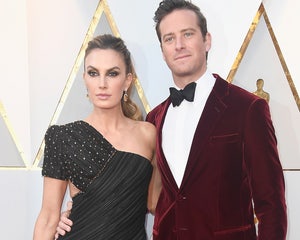