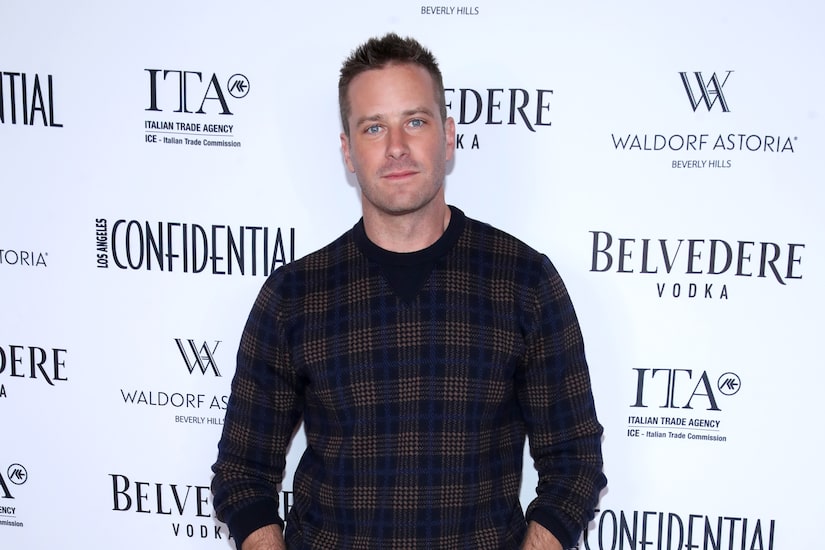 Armie Hammer is at the center of the explosive three-part docuseries “House of Hammer,” which airs claims of violent sexual relationships, bondage, and a cannibalism fetish.

“Extra’s” Carlos Greer spoke with Armie’s aunt Casey Hammer about the allegations surrounding her nephew, as we get more of a glimpse into the scandal that has rocked the actor — and stopped his career dead in its tracks.

Casey emphasized, “The hardest thing is to be exposed to abuse and tell your story and people not believe it.”

As for why she believes the women in the documentary over her nephew, Casey said, “You feel it, you feel it in your heart. People don’t make things like that up.”

While many are shocked about the allegations against Armie, Casey noted, “I had been around multi-generational Hammers that had been behaving badly, and again it was something that they got away with because anybody that is famous or powerful… they don’t get held accountable for anything.”

Casey has a long history of making accusations against her family. She first made her own abuse allegations against her father almost a decade ago, self-publishing a book with graphic claims. Now, she insists that Armie, great-grandson of oil tycoon Armand Hammer, is “just another extension in a twisted family dynasty.”

Of her relationship with Armie, Casey revealed, “When he was growing up, I remember him being this cute little… little boy who was heir apparent to the throne. You couldn’t touch him and say anything bad about him or make him cry or you’d be in big trouble.”

Before the allegations were publicly made, Armie’s wife Elizabeth Chambers filed for divorce after nearly 10 years of marriage in 2020.

“Extra’s” Billy Bush has learned that Armie’s been sober for over a year and is said to be working on himself deeply.

Armie has strongly denied the allegations and has insisted any sexual encounters were consensual.