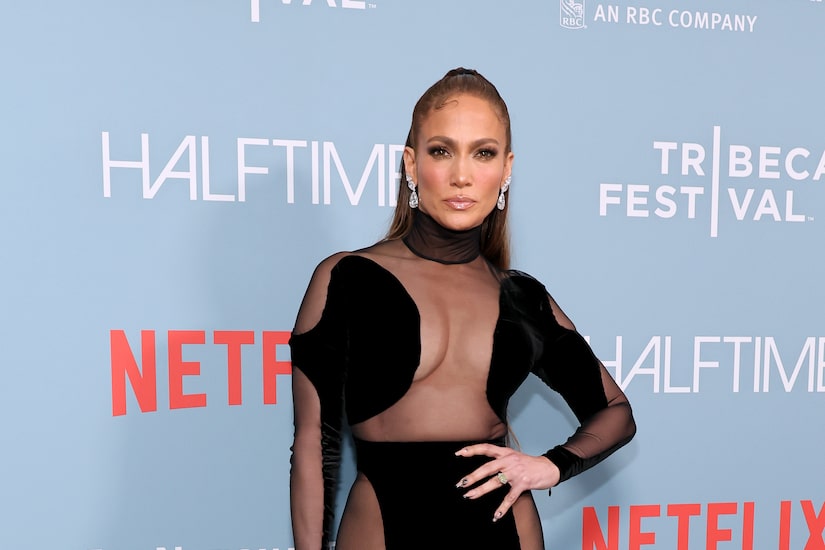 Wednesday night, Jennifer Lopez stepped out in NYC for the premiere of her new documentary film “Halftime” at the Tribeca Film Festival!

“Extra’s” Tommy DiDario spoke with Lopez, who recently said that she was grateful to have a second chance at love. She stressed the importance of staying in the moment as she and fiancé Ben Affleck write their new chapter of life. She told Tommy, “I’m just excited to be living in the present right now. That’s my focus, be in the moment. Don’t miss it!”

Lopez also confessed that releasing the documentary is “nerve-racking.” She explained, “I’m anxious to see the movie. I’m nervous, I’m excited. I haven’t seen the finished product so I’m really looking forward to [it], but it’s also a little nerve-wracking…It’s not like being in a movie…but I wouldn’t want to do it  anywhere else but here in New York.”

She also spoke about thanking those who doubted her or hurt her during her recent MTV Awards speech. J.Lo smiled, saying, “It’s about the hardships that you have in life, it’s heartbreak, people who told you you couldn’t do certain things because of who you were and where you were from. The idea that you had to kinda overcome that, that was a big motivator for me. It was a sincere thank you.”

“I don’t think I would be me if it wasn’t for that or the people in my life who actually hurt me in some way,” Lopez emphasized. “I’m grateful for, that in the bible it says that you know be thankful for your trials and tribulations.”