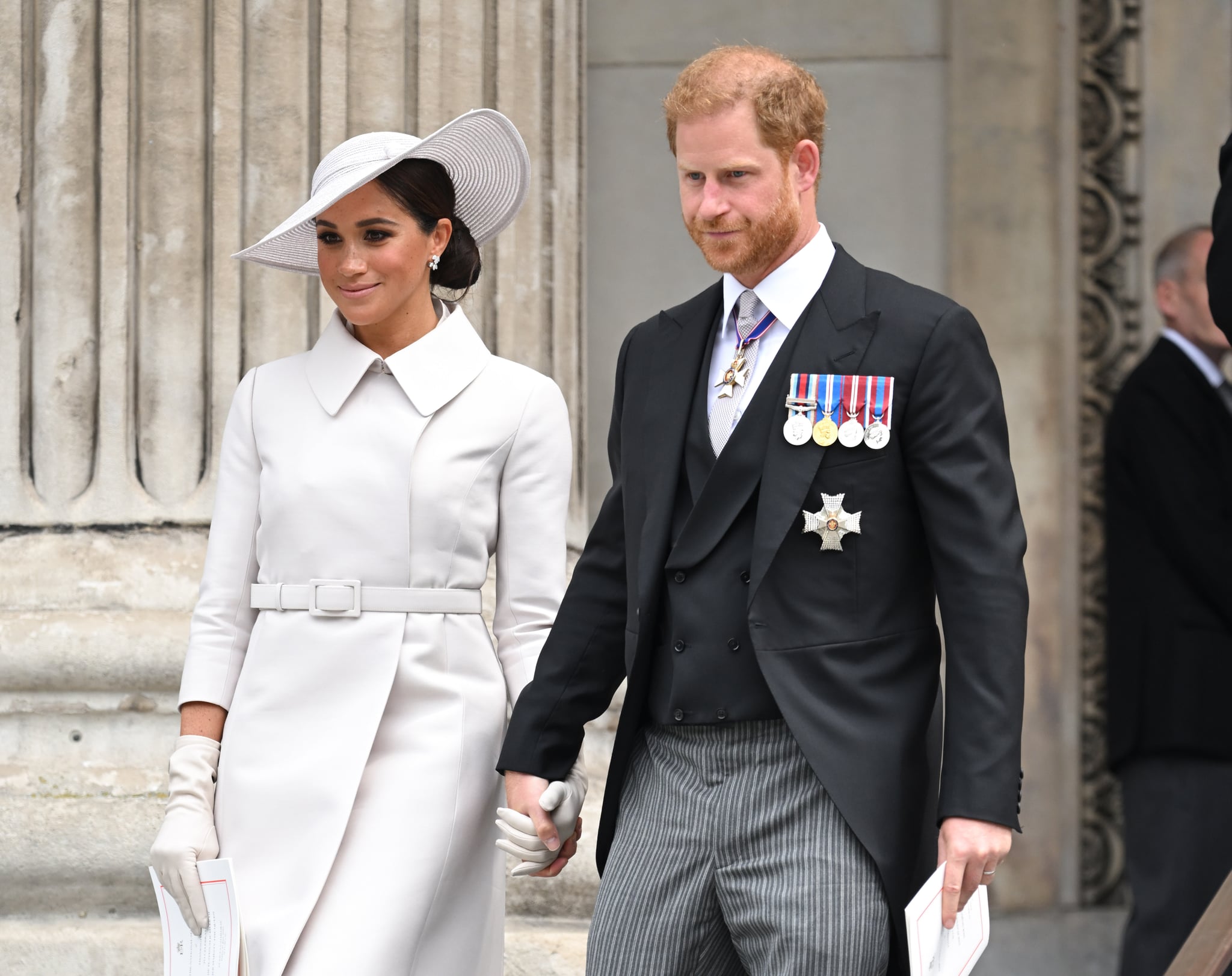 Even though the festivities surrounding Queen Elizabeth’s Platinum Jubilee are in full swing, the royal family took time out to wish Lilibet a happy first birthday on Saturday, June 4. Prince Harry and Meghan Markle‘s daughter was named after the queen, whom the little one met for the first time this weekend. Harry, Markle, Lilibet, and her big brother, Archie, 3, are all in England to join in the jubilee festivities alongside the rest of the royal family.

Queen Elizabeth sent a message to Lilibet via her official Twitter account, which read: “Wishing Lilibet a very Happy 1st Birthday!” And Lilibet’s grandfather and stepgrandmother Prince Charles and Camilla, Duchess of Cornwall, tweeted, “Wishing Lilibet a very happy 1st birthday today!” Meanwhile, Prince William and Kate Middleton had a message for their niece, too. “Wishing a very happy birthday to Lilibet, turning one today!” the Duke and Duchess of Cambridge tweeted.

Wishing a very happy birthday to Lilibet, turning one today! 🎈

— The Duke and Duchess of Cambridge (@KensingtonRoyal) June 4, 2022

Harry and Markle are said to be celebrating Lilibet’s first birthday privately as a family at Frogmore Cottage, where they’re staying during their visit to England. This visit marks the 1-year-old’s first time in her father’s home country since Lilibet was born in Santa Barbara, CA, in 2021, where the Duke and Duchess of Sussex moved after exiting their official royal duties in favor of a more private life with their children.

A source confirmed to Entertainment Tonight that Lilibet officially met her namesake on Thursday, June 2, after the Trooping the Colour. At the time, the Queen was also reunited with her grandson Archie, who was born in the UK in 2019 prior to Harry and Markle’s exit. According to ET’s source, the Queen — who is sitting out Saturday’s Derby meeting at Epsom in order to pace herself for the rest of the weekend’s events — is expected to visit the family privately to wish her great-granddaughter a happy birthday. Since Frogmore Cottage is only a half of a mile from Windsor Castle, the Duke and Duchess of Sussex are close enough to make visits easy for the monarch.

— The Prince of Wales and The Duchess of Cornwall (@ClarenceHouse) June 4, 2022

Meanwhile, Harry and Markle are keeping a low profile this weekend as they focus on celebrating the queen’s Platinum Jubilee. On Thursday, they attended the Trooping of the Colour, but they did not join the senior royals on the balcony since they’re no longer working members of the royal family. Instead, they watched the event from the Major General’s Office inside Buckingham Palace. However, the couple did join the family at Friday’s Service of Thanksgiving at St. Paul’s Cathedral — which marked their first public appearance with the royal family since 2020.

As for Saturday, it seems the Duke and Duchess of Sussex will be focusing on celebrating Lilibet’s special day while the rest of the royal family attend the Derby meeting at Epsom.