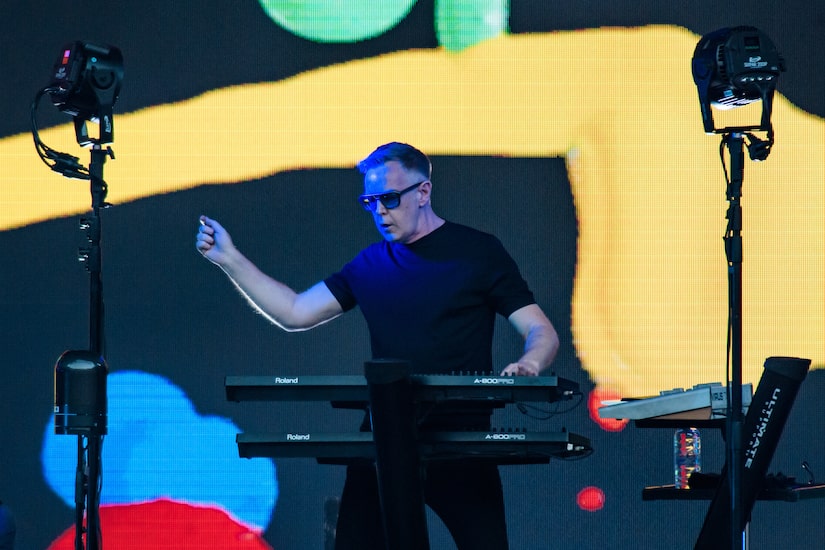 Depeche Mode co-founder Andy “Fletch” Fletcher has died at the age of 60.

His bandmates broke the sad news on Thursday. In a statement on Twitter, they said, “We are shocked and filled with overwhelming sadness with the untimely passing of our dear friend, family member and bandmate Andy ‘Fletch’ Fletcher.”

“Fletch had a true heart of gold and was always there when you needed support, a lively conversation, a good laugh or a cold pint,” the band continued. “Our hearts are with his family, and we ask that you keep them in your thoughts and respect their privacy in this difficult time.”

A source close to the band told “Extra” that Fletcher died of “natural causes.”

Fletcher, Depeche Mode’s keyboardist, was a founding member of the seminal New Wave band in 1980.

When that album dropped, “Extra’s” Senior Music Correspondent Adam Weissler spoke with frontman Dave Gahan about how the album fits with the times. He said, “It fits right in with everything that seems to be going on in the world and the questions we are all asking: Are we in the right place? Are we doing the right thing? Are we listening to the right person? All this stuff comes up and all those questions are asked, and so it is dealt with in the songs on this record.”