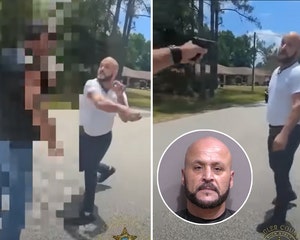 Harrowing video appears to show officers pinning him inside the gas-filled car.

Sickening video out of Brazil appears to show a man dying inside an ‘improvised gas chamber’ at the hands of police.

According to local media, the footage shows 38-year-old Genivaldo de Jesus Santos being held inside a patrol car by two officers — after they tossed a gas canister inside.

The incident occurred in Umbaúba, a small municipality near the easternmost tip of the country.

The victim’s nephew Wallyson de Jesus told Metropoles that his uncle had been riding a motorcycle when he was stopped. He said he tried to tell the officers that his uncle suffered from mental illness.

“They asked him to raise his hands and found medication packets in his pocket,” Wallyson said. “My uncle got nervous and asked what he had done. I asked him to calm down and listen to me.”

The harrowing footage shows the two uniformed officers pinning the man to the ground, kneeling on him.

It then cuts to them trapping the man inside the trunk of their patrol car, holding the door closed as just his legs protrude, thick white smoke spilling out from inside the vehicle.

The legs can be seen kicking, frantically at first, then subdued… until they go completely still. 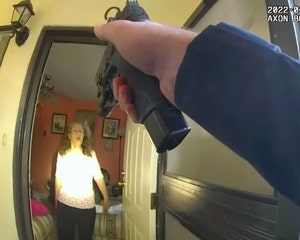 The officers then open the trunk and push the man’s motionless body further into the car.

“They threw a type of gas inside the suitcase, went to the police station, but my uncle was unconscious,” his nephew said. “In view of that, the police took him to the hospital, but it was too late.”

In a statement to the outlet, the Polícia Rodoviária Federal (Brazilian Federal Highway Police) said the man had “actively resisted” arrest, so they used “immobilization techniques” and non-lethal instruments to subdue him, “due to his aggressiveness.”

They said that en route to the police station, the subject fell ill so they diverted to José Nailson Moura hospital where he was treated, but later died.

The incident is under investigation to see whether any disciplinary action for the officers is required. 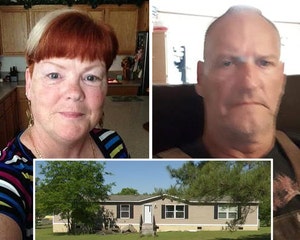