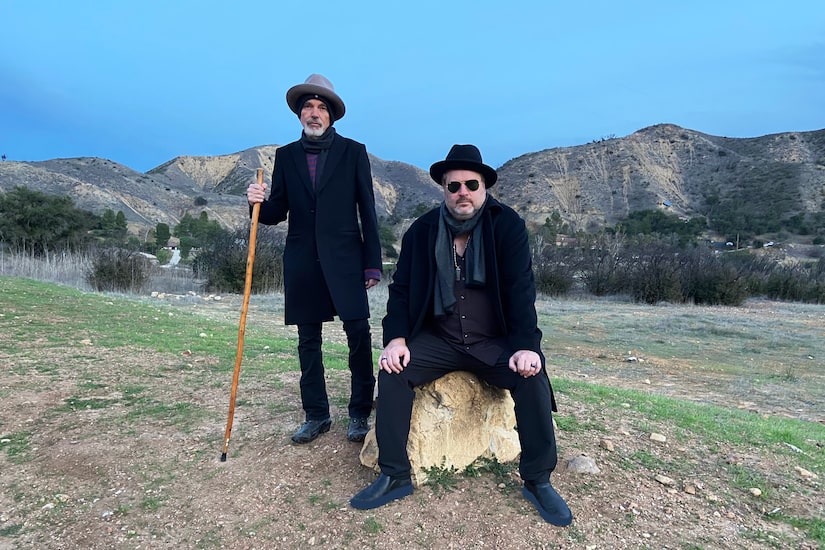 Billy commented, “Remember those old horror movie posters that always had exclamation points on them… I thought ‘Help… I’m Alive’ is like that… it’s like a horror movie… the whole idea behind it was, ‘Oh, no, I’m living in these times and it wasn’t just the pandemic, it was also socio-political things that were going on at the same time.”

The duo have plenty going on and even more new tunes on the way!

Thornton said, “We just finished ‘Boxmaster 69’ that we’re really proud of and we’re playing two or three songs from it on tour, even though it’s a record that won’t come out for a year.”

He added, “We really thought these songs would work live.”

As for performing live, Billy shared, “It’s almost like people when we’re on the stage and they’re out there, it’s almost like we’re looking at each other saying, ‘Phew, We’re back.’”

J.D. chimed in, “It’s just five guys on stage counting a song off.”

After the tour, they’re back to work in the studio. J.D. noted, “We’ll just start working on these songs again that we’ve got going and it’s going.”