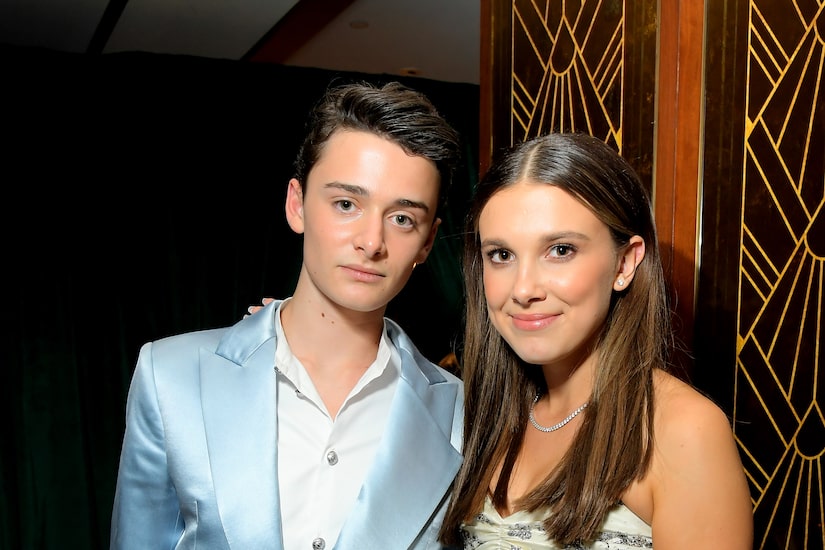 “Stranger Things” is back after a nearly three-year wait!

“Extra’s” Terri Seymour spoke with Millie Bobby Brown and Noah Schnapp before the release of the first volume of Season 4.

They teased a new side to Eleven and Mike’s relationship and reflected on how hard it will be to say goodbye after Season 5.

As for where their characters pick up in the fourth season, Millie said, “We start in Leonora Hills. We are kind of brother and sister. We’re roomies.”

“We’re dealing with fitting in with our new friends and environment, new classes,” Millie elaborated. “And that’s where you really find Will and Eleven this year.

This season, Millie and Noah shared some emotional scenes. Calling it a “great ride,” Noah shared, “It’s definitely been interesting and exciting to play that new side of Will and for Eleven and to get to work with Millie. It’s been such a blast and she’s so talented and just working off of her is amazing. And I’ve learned so much with her.”

Noah also opened up about growing up with Millie and the rest of the cast over the past few years. He said, “Yeah, growing up together has been amazing and we all definitely have a special connection with each other just because we all do kind of the same thing and we’ve grown up in the limelight together and it’s just been amazing to have each other.”

Brown pointed out that she has “friends for life” after being on this show. She went on, “You’ll hold on to memories like this forever. They are truly amazing people and amazing support system. Like I said, you know, just having Noah as my best friend, working with him, being with him, it’s a magical experience.”

As for their reaction to Season 5 being the final one, Millie commented, “I was… very upset. It’s a very emotional thing, you know? I think people keep asking the question is if, you know, it’s like something that we can really accept. It’s not, really. I mean, it’s actually like something that I think I’m gonna actually have to take time about. It’s, like, my whole life, half of my life, I’ve known this show and these people, so it is… it’s going to be a hard one.”

Noah added, “I’m gonna be really upset to say goodbye, and I think ‘Stranger Things’ is really just consuming my whole life for these past years. And it’s, like, all I know and it’s gonna be sad to part ways from that and yeah, gonna be a hard goodbye.”

On set, Millie and Noah pass the time by playing games like the Fruit by the Foot race. When asked if Noah could beat Millie, he answered, “I think I could say I’d crush Millie if we played again.”

“Stranger Things” is streaming on Netflix May 27.