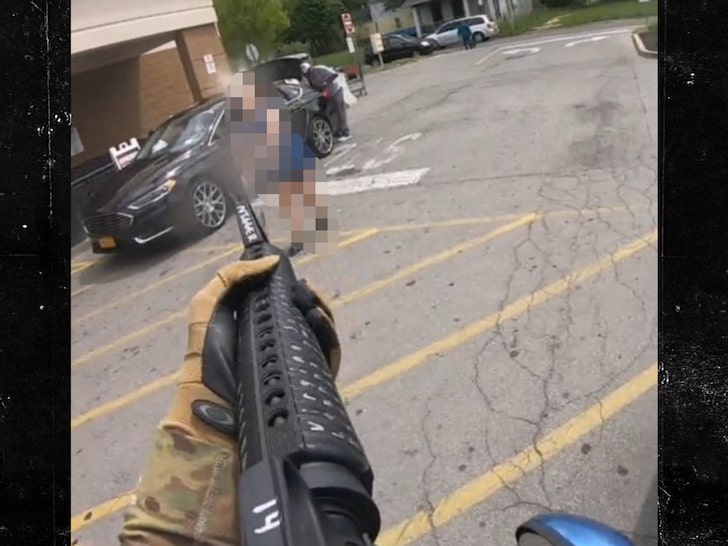 A mass shooting in Buffalo is being investigated as a hate crime after a man is alleged to have gunned down at least 10 people in cold blood … all of which was livestreamed.

18-year-old Payton Gendron was taken into custody Saturday and is now being questioned by the FBI … this after he allegedly went on a shooting rampage at a Tops Friendly Market grocery store with what appears to be a semi-automatic weapon, leaving nearly a dozen people dead, most of whom were Black — according to authorities in the area.

Officials say Gendron drove a long distance to arrive in this particular neighborhood — which is predominantly African-American. He’s believed to be from Conklin, NY … some 200 miles away. Reports say he also posted a manifesto, declaring himself a white supremacist.

The most terrifying aspect of this … the shooter appears to have been livestreaming the entire ordeal, which was up on Twitch for a while … and which was captured and circulated.

This confirmed white supremacist specifically went to a low income Black neighborhood in Buffalo NY to carry out a mass shooting. These types of white supremacists are ALLOWED to sit online and plot these attacks and nothing is done to thwart this type of anti-Black terrorism. pic.twitter.com/jGmO32PyHB

In video showing him driving to the supermarket, you hear a man — who’s decked out in tactical gear, it seems — say something to the effect of “you just gotta go for it.” He then pulls up right in front of the entrance, parks his car … and hops out to start shooting.

Cops swarmed in upon reports of a mass shooting, Gendron was eventually apprehended … and onlookers took in the bloody aftermath he allegedly left behind as he was being cuffed.

Other screenshots show what was going on inside … allegedly depicting the gunman going around and firing on people at close range. His Twitch page was active during this, and it appears people were in fact tuning in and maybe even commenting as it unfolded.

Buffalo’s mayor, Byron Brown, called it an “unimaginable nightmare” … and the Erie County Sheriff John Garcia was even more forceful — calling the onslaught “pure evil” and a “straight up racially motivated hate crime.” All city and county leaders strongly disavowed the violence, and sent thoughts and prayers to the families of the victims.

“This was pure evil,” Erie County Sheriff John Garcia says during a press conference on the mass shooting at a Buffalo supermarket that has left 10 people dead and three wounded, according to authorities. pic.twitter.com/MHBvDHCkvx

All in all, 10 are reported as dead so far … and an additional 3 are injured. There are reports that an armed security guard opened fire on the guy, but the shooter was wearing body armor … who then fired upon and killed the guard in return.