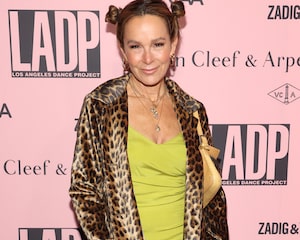 “All I knew at the time was that it felt like it was a sniper attack,” the actress recalled.

Jennifer Grey is opening up about the moment she learned about her father’s sexuality for the first time.

While speaking with PEOPLE, the “Dirty Dancing” star — who was promoting her upcoming memoir, “Out of the Corner,” — revealed she found out her dad, Joel Grey, was gay from Matthew Broderick’s mom in the late 80s.

At the time, Jennifer was in a relationship with Matthew. As the 62-year-old actress explained to PEOPLE, one day she went to Matthew’s house when he wasn’t at home, and ran into his mom, who bluntly outed Jennifer’s father to her.

“You know your dad’s a f–,'” Jennifer said Matthew’s mother told her, adding that she was shocked by the sudden revelation. “Perhaps she was offended by my lack of knowing. I don’t know what she was thinking. She was, um, she was a tricky personality. I don’t know how else to put it. Like, she was a truth teller, truth bombs. A Cassandra. She was, like, come what may.”

Jennifer continued, “She just said whatever she believed was the truth — and perhaps she was doing me a solid. Maybe she thought: Is anybody gonna say what’s happening in the world?”

The Golden Globe winner added that the moment “was like warfare,” describing Matthew’s mother’s comment as “an act of aggression.”

“Perhaps she was offended by the lack of transparency,” Jennifer explained. “I don’t know what anybody else is thinking. All I know, all I knew at the time was that it felt like it was a sniper attack. The idea was that I was a fool and that everyone knew but me.” 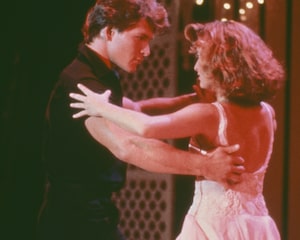 Fox Launching ‘Real Dirty Dancing’ Special with Brie Bella, One of the Backstreet Boys and More!

The “Red Dawn” actress went on to share why she decided to include the anecdote in her memoir.

“The reason I put that in the book, was because it was one of those days that changed me,” she told PEOPLE. “In the sense that how could I not know everything there was to know about my dad? I was the closest to him of anyone in the world. And he would never not tell me the truth. And that was the only thing that was hard about it was because I was confused because it was one of those moments where my reality was shaken up.”

Also during the interview, Jennifer spoke more about her father, who came out publicly as gay in 2015.

“It’s really only for him.” she said of her father’s sexuality. “I’m so exhausted by the reductiveness with which people want to out famous people and decide what people are. Like, who cares! People should feel good. And, besides, I think that sexuality is so much more interesting than gay or straight, bi. And, you know what I think about it all the time: he said my mom was the love of his life and I believe she was.” 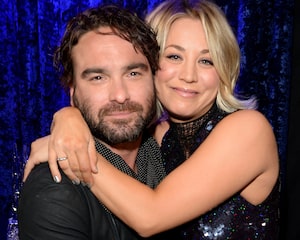 These Co-Stars Secretly Dated While Working Together

“Out of the Corner: A Memoir,” which is out next month, Jennifer revisits her upbringing in the spotlight, famous relationships, plastic surgery and whether she was “banished from the kingdom” of Hollywood.

“There’s a lot of rough stuff that happens in the book that happened in my life, along with amazing privilege, along with beautiful caring, loving parents, with incredible exposure to great artists and steeped in culture,” she explained to PEOPLE. “Because it’s not one thing, it’s this beautiful gray. It’s not black and white. I love my name. Grey. I love my name because it is not black or white.”

“I can’t believe like unconsciously what my dad chose that word, that name,” Jennifer added of her father, who was born Joel Katz. “But because of what it means, there are so many shades between black and white. There’s so much complexity in human beings. Right?”

“Out of the Corner: A Memoir” hits bookstores everywhere May 3. 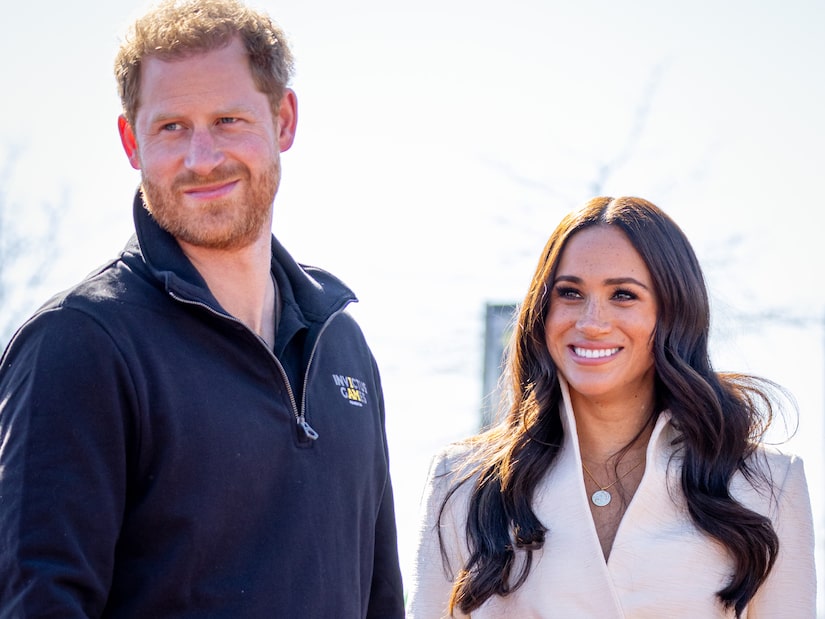