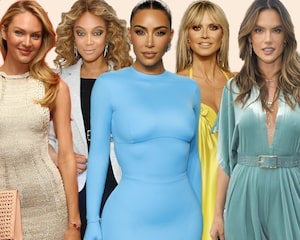 The friends play “5 Second Rule” where Kris reveals what Corey Gamble thinks she’s good at, and what qualities she’s looking for in a son-in-law — the last one cracks Ellen up.

Did Ellen DeGeneres really get to watch a sneak peek of the first episode of the new Hulu series “The Kardashians”? She seems to think so, but Kris Jenner isn’t so sure.

Maybe it’s because Ellen didn’t fall out of her chair in shock and excitement? Certainly, Kris thinks it has such an incredible and mind-blowing opening that she could do nothing but describe it with a sound effect.

The best we could do in trying to spell it is “dtrtrtrtr,” but if you want to sound it out, imagine Cardi B’s iconic “okurrrrr,” but replace the “ok” with a simple “d.” Seriously, this turned into a whole thing at the top of Kris’ final interview and appearance on her good friend’s show.

Kris seemed surprised to hear that Ellen had been sent an advance copy of the premiere, and was shocked that Ellen hadn’t immediately contacted her about that opening.

Even after Ellen told her she just watched it before Kris came out, Kris was having none of it. “There was time,” she joked, tapping her watch.

“I had a show before you got here. Very, very busy,” Ellen shot back. “You’re not the only one with an empire.”

When Ellen started to describe the first thing she remembered in the episode, Kris interrupted her to tell her she must not have seen the “opening opening, like the ‘dtrtrtrtr’ opening opening.”

Yeah, it makes no sense, but clearly there’s something really magical about that opener. And the fact that Ellen isn’t giving her enough excitement, enthusiasm, something, is enough for Kris to be sure she never saw it.

“Listen, I think I saw the ‘dtrtrtrtr,'” Ellen insisted, though she still wasn’t giving Kris whatever it was she was looking for. The rest of us will have to wait until April 14 to see the ‘dtrtrtrtr’ for ourselves and see if it lives up to Kris’ excitement.

The Kardashian family matriarch also talked about how exciting it was to get the cameras rolling again, and how crazy it was that as soon as they did, everything started happening. 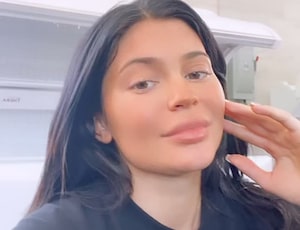 “Kylie’s having a baby, Kourtney’s dating Travis Barker and gets engaged. I mean, it just kept going. And then Kim gets ‘SNL.’ I mean, every single day there was either drama or something crazy going on or somebody having a baby, somebody getting divorced, somebody– I mean, it was nutty,” she said. “As usual.”

And that, as Ellen pointed out, is before they even get into Kim meeting Pete Davidson during her hosting appearance on “Saturday Night Live,” though Kim getting that gig is a part of the premiere episode.

Another thing Ellen noticed, which seems inevitable to anyone who has seen them anywhere else, is that Kourtney and Travis Barker are all over each other all the time.

“You had to interrupt them to tell them Kim was on ‘SNL’ because they were making out,” she said. “And everybody at the table was like, ‘Hey, you guys? Are you paying attention? Kim got ‘SNL.’ And they stopped making out just [long enough] to listen.” 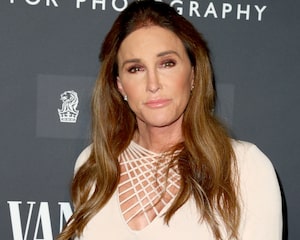 Ellen laughed that it was the same way when she was hanging out with the Kardashian-Jenner clan at their home over the Christmas holiday. “Well, it is 98 percent of the show,” Kris joked.

Later in the hour, Ellen and Kris saddled up for their first-ever game of “5 Second Rule,” where they quickly learned that five seconds isn’t very long at all. When Ellen was asked five things Portia likes about her, she knew there were “so many,” but couldn’t come up with a one.

Kris did a little better when called on to name three things boyfriend Corey Gamble likes about her. She ran out of time on the third one, but teased it enough that Ellen was ready to give her more time to elucidate, elaborate, expound upon!

She also got a huge laugh from Ellen and the audience when she was asked three traits she would love to see in a son-in-law. The first two were “kind” and “honest,” which are nice. The last one, though, was too much for Ellen. Check out the video below for her full answer.