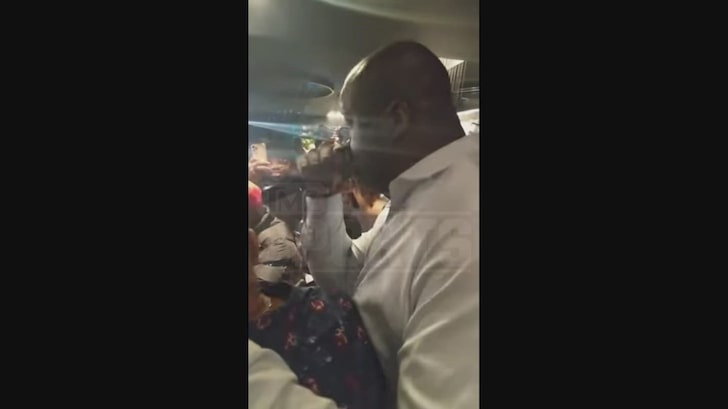 The Big Aristotle made the comment at his surprise belated birthday party at Steak Market in Atlanta on Wednesday … when the crowd of about 250 people asked him to get up to the DJ booth and give them a set. 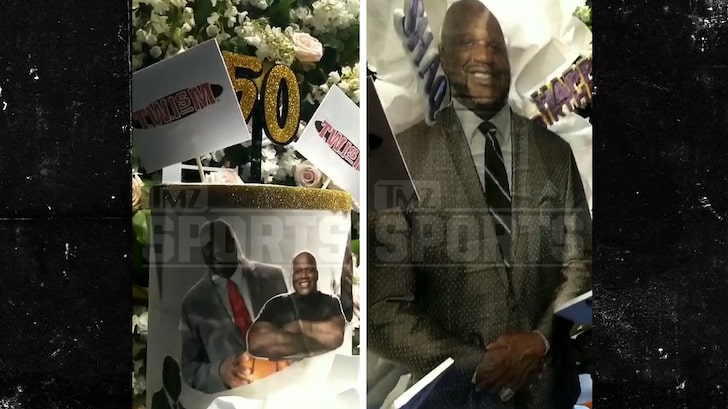 The NBA legend ended up grabbing the mic and spitting off the dome for about 10 minutes instead … name-dropping his “Inside the NBA” friends and referencing the infamous Oscars moment in the process.

Unlike the real interaction, everyone loved the reference … cheering and laughing after Shaq dropped the line.

Now, Shaq and Chuck have had a playful rivalry for years … with both Hall of Famers going back and forth at every possible opportunity.

O’Neal was letting the insults fly on more than just Barkley, though — he even brought up LeBron James while dissing a dude’s hairline … which was a crowd favorite as well.

The whole bash looked fun as hell — it was sponsored by D’usse, so you know the adult beverages were flowing.

Celebs like Bobby Valentino and 2 Chainz were also in attendance … as well as a tiger.

As for Shaq’s birthday, it was March 6 … but hey, better late than never!!